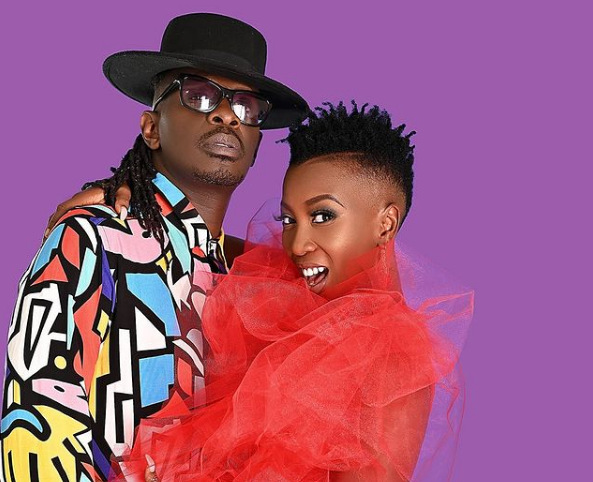 Albums give us a full body of work from an artist. They also give make or break artists by giving them credibility and presenting a fully developed concept to an audience. It is no wonder that many accredited artists take time in their artistry to create a solid discography that follows a theme with each song feeding off or towards the other jams in their albums.

This article will review some of the upcoming highly anticipated albums from our celebrated artists in Kenya in 2021.

We all love a good love story where the couple ends up with a happily ever after. This time lovebirds Nameless and Wahu have come together to work their first joint album dubbed ‘The Mz Album Project’ expected later this year.

In a statement under their latest music video ‘Te Amo’ the two revealed that the 12-track album weaves the colorful story of love and relationships.

The Mz Album Project promises a variety of sounds and topics and the team has been striving to release singles consistently, as they build up to release the full album later this year and hopefully, be able to physically tour the country and East African region to promote the Album Mz Project.

Thank You For Coming - Guardian Angel

Gospel fans are up for a treat this month from talented Kenyan Gospel artist Guardian Angel as he works to deliver his highly anticipated album dubbed 'Thanks for Coming' on the 22nd of April 2021.

Recently Guardian released his latest single dubbed ‘Secret’ where he shares the secret to success. Two weeks ago he also dropped creatively directed visuals for his single ‘Nipandishe’. The song which was produced by Vicky and directed by Jijo Drum Beats sets precedence for a highly creative and excellently produced album come 22nd April 2021, and we cannot wait!

Paul Julius Nunda, better known by his stage name Jua Cali, is a Kenyan hip-hop artist. In 2000, together with record producer Clemo, he founded Calif Records where he has been ever since. Jua Cali performs in Swahili and Sheng in a popular Kenyan style of rapping called Genge.

Jua Cali already has a solid discography through his prior albums. He released Juacalisekta in 2006, ‘Ngeli Ya Genge’ in 2015, ‘Tugenge Yajayo’ in 2015, ‘Sekta’ in 2019 and ‘Mali Ya Umma’ in 2019. In a post on his Instagram account on April 1st which is usually the official day for ‘Fools Day’, Jua Cali shocked many of his fans after announcing that he was quitting music after 20 years citing negative effects of the pandemic as the major contributing factor.

Many of his fans understood that he was only announcing his decision to quit music as a prank but others were devastated and requested him to reconsider his decision. He backtracked on 2nd April and confirmed that his fifth studio album is actually 95% done and will be out soon.

“If you believed my post yesterday then you got April fooled..tulieni watu wangu still heavy in the game. 95% of the album almost done. New music loading..” he posted.