Are Wahu and Nameless Forming a Family Music Group? 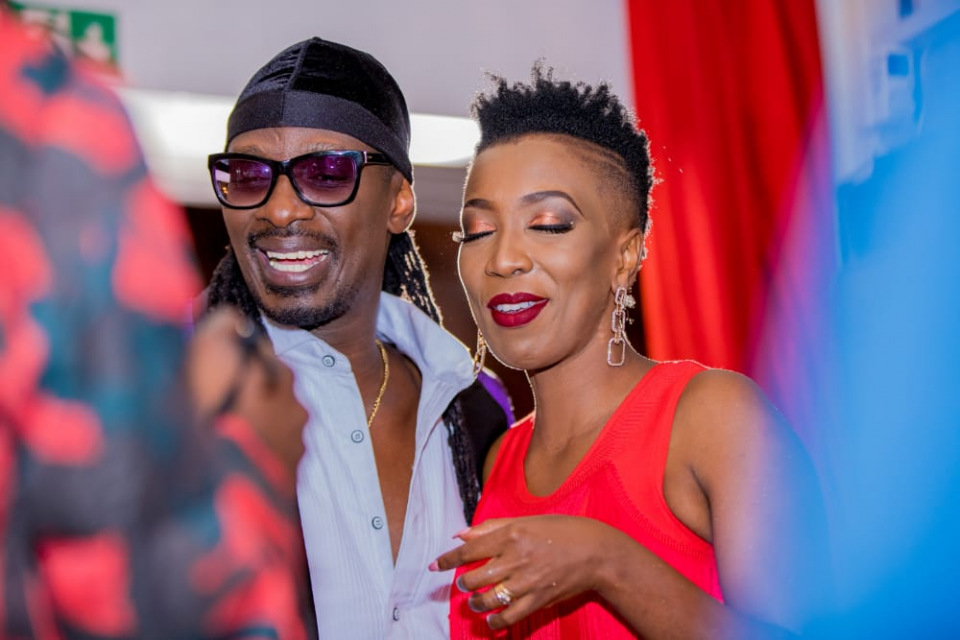 A relationship that endures is God-ordained. These words are true for veteran artists Wahu and Nameless, who are among the most celebrated celebrity couples in Kenya.

This year the two blessed us with two jams during valentines dubbed ‘This Love Ya Wahu’ and ‘This Love ya Nameless’.

Barely a month after being released, the two songs are doing very well and have already amassed over a million views.

Following the success of the two projects, fans have been pilng pressure on Nameless and Wahu to release more jams.

Recently, Wahu caused a stir online after hinting that they would be forming a band with her husband Nameless.

In an Instagram post uploaded a week ago on her account she wrote, “Issa throwback to skinner days ! By the way....if these two were to form a group.... Hiyo group ingejiita aje? Let's have fun with some group name suggestions!.”

The post was received well and fans gave their suggestions, which Wahu summarized today in three main points.

“Guys Thank You, So Much For All Your Feedback on what we would call ourselves if we were to form a band/group! We are so excited about what we've Pangad and we want to go on this journey with you all! So a summary of the main thoughts: 1..keep Nameless and Wahu because they are already known brands,2. use Mathengez because it the brand that we know when both brands are together as a family,3. "the Mz" which is short from the Mathengez and has a good vibe to it..hizo zingine sijui Neywah zilikua jokes …” part of her post on Instagram read.

Fans expressed their love for the couple under the post and promised to support them in their future endeavors.