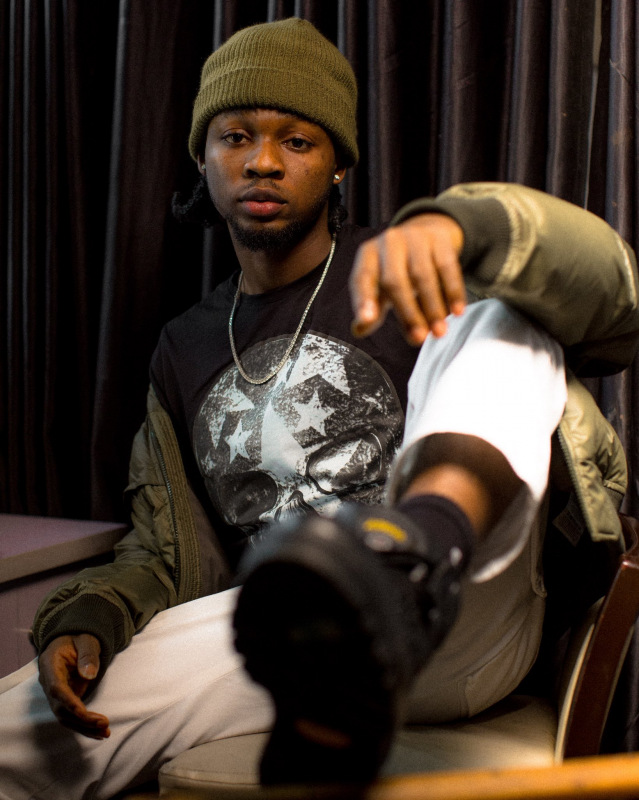 Nigeria singer, songwriter and record producer Omah Lay might have dropped a hint that he's working on a new album.

Omah Lay who first gained prominence in 2020 after his debut single 'You' went viral, on Saturday, April 10, 2021, posted on his official Twitter handle what might be seen as a clearest indication of the upcoming debut LP. 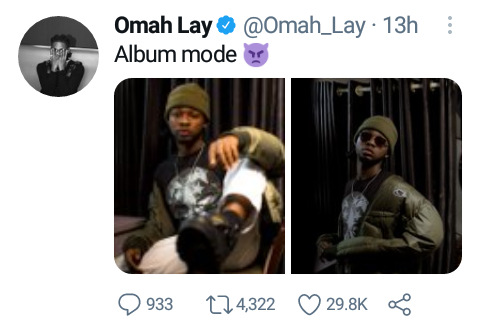 Even though he did not divulge more details about this album, just a thought of getting one from the certified hit maker is worth anticipating for.

In a tweet, Omah Lay said "Album mode' alongside two of his most recent photos.

Details about the album remain restricted to the two words he tweeted, but it will be just a matter of time before more information come out.

Born Stanley Omah Didia in Port Harcourt, Omah Lay has fast-risen thorough the ranks to be among the most popular modern day Nigeria artists.

The 23-year-old singer has two EPs to his name, both of which are a success.

Omah Lay's debut EP 'Get Layd' released in 2020 still ranks as the top-streamed EP from a Nigerian artist.

His second EP 'What Have We Done' was released towards the end of 2020 and houses for the still trending hit 'Godly'.

A music video for 'Godly' released in December 2020 recently surpassed 20 million views on YouTube, making it the all-time most-watched video that Omah Lay has released.

In the about one year that Omah Lay has gained prominence, he has managed to be featured by some of the popular and veteran Naija singers like Olamide together with a joint appearance on DJ Tunez 'Pami' single that also has Wizkid and Adekunle Gold.

His sterling performance and first-rise over the past one year earned him the prestigious Headies Award for the Most Rated artist.