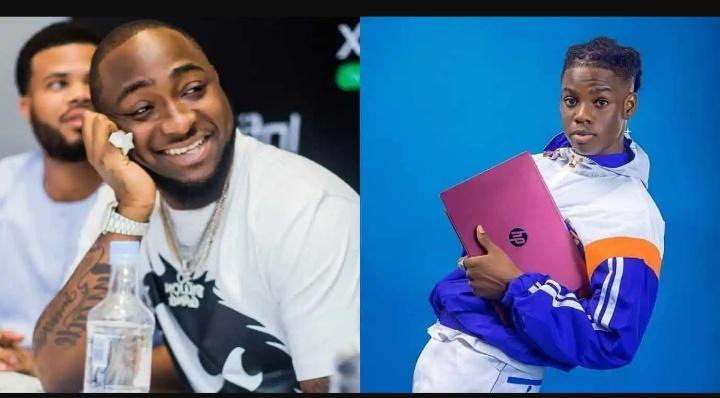 The milestone was achieved by the 2017-released hit single 'Fall' which had previous become the first Afrobeats music video to surpass 100 million and 150 million views on YouTube. 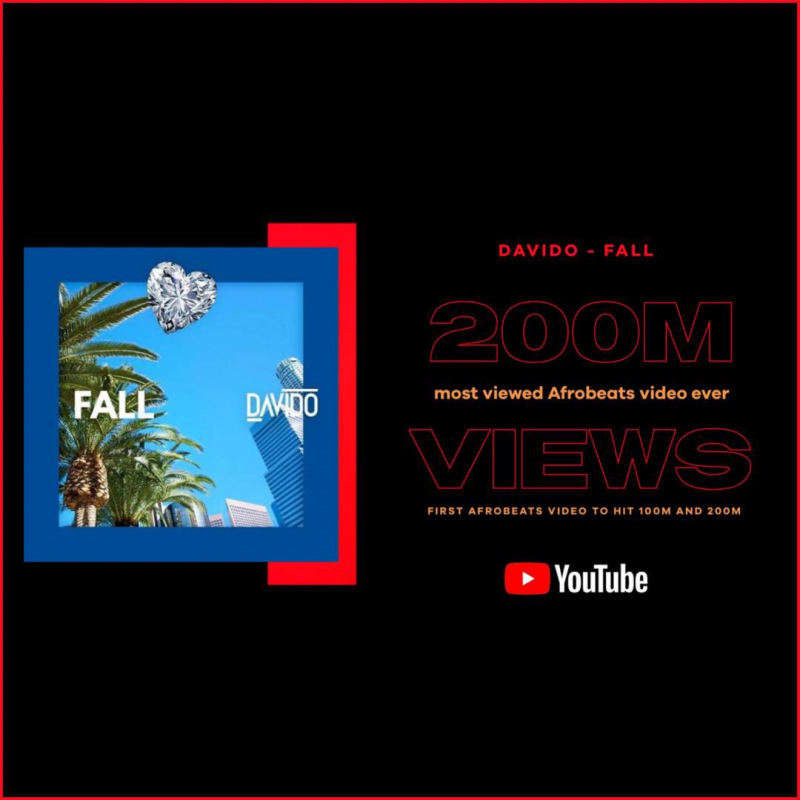 'Fall' is a single housed in Davido's 'A Good Time' album that was released in 2019.

In joining Davido to celebrate his achievement in Afrobeats, Rema said it is a milestone that has inspired him.

"I celebrate with OBO, this has never been done, huge milestone and I’m INSPIRED!," tweeted the Mavin Records golden boy. 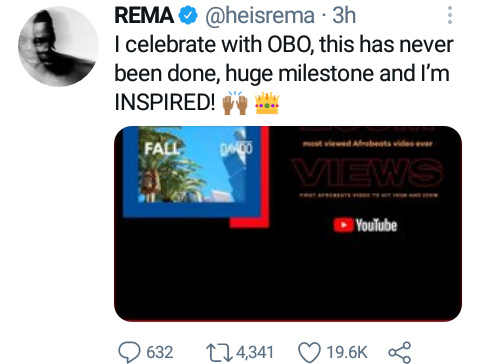 Rema has been touted as a superstar in the making, and the future of the Nigerian music industry.

At 20 years, the singer has already managed to pull together a huge fan-base with his unique music style that blends several genres among them Afrobeats.

He singer is currently preparing to release a debut album expected before the end of 2021.

His most recent single is the trending 'Bounce' that was produced by Mavin Records boss Don Jazzy.