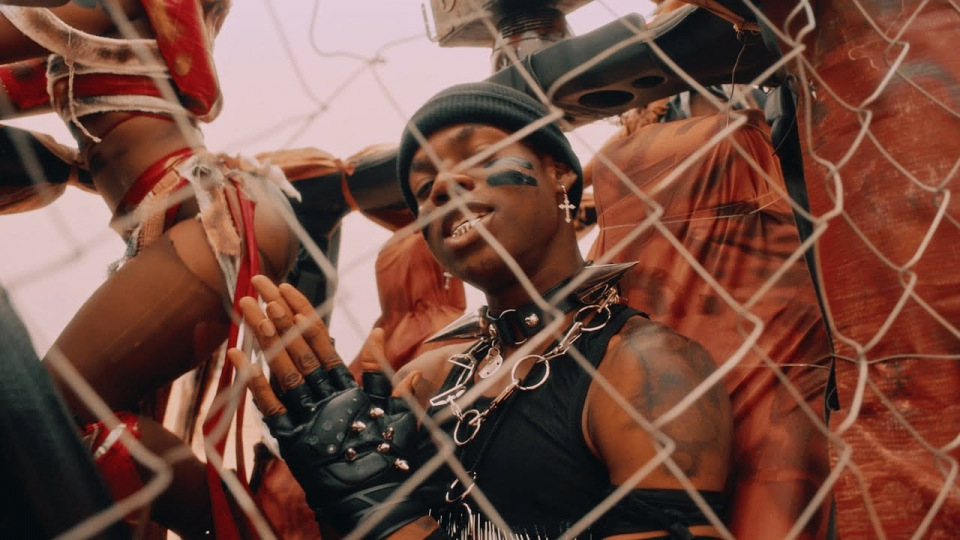 Rema released 'Bounce' about a month ago and it has topped several charts, becoming among the top trending Naija songs released in 2021.

To build the momentum for this Don Jazzy-produced track, the multiple award-winning singer and rapper unveiled visuals - inspired by the award-winning movie - 'Mad Max (Fury Road).

'Bounce' is a single inspired by the luscious and magnificent body of the African woman, and its music video compliments this by involving multiple well endowed video vixens who shakes their booty bums all through the video.

The video which premiered on April 7, 2021 was directed by Director K also refered to as DK under the PriorGold Pictures.

'Bounce' is a single that saw Rema work with his boss Don Jazzy on a single since the young singer was signed at Mavin Records.

Don Jazzy switched things up and delivered a menacing, fast-paced production, unlike anything we’ve heard from him before, perhaps to prepare 'Ravers' for a debut album from Rema expected later this 2021.

Officially known as Divine Ikubor, Rema who is a singer, songwriter and rapper signed a record deal with Jonzing World, a subsidiary of Mavin Records in 2019.

He rose to prominence with the release of the song 'Iron Man' which appeared on Barack Obama's 2019 summer playlist.

In 2020, Rema dropped several hit singles among them 'Ginger Me', 'Woman' and 'Beamer' (Bad Boys) in which he featured Jamaican producer Rvssian.