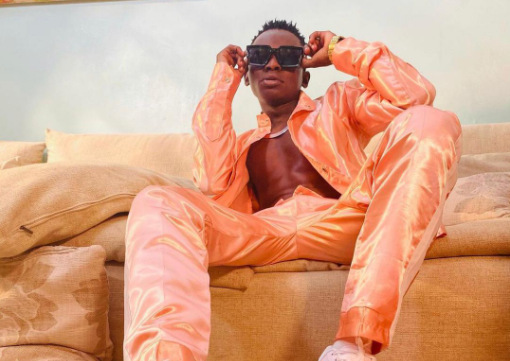 John Blaq has had managerial issues ever since his bitter split with his former management; Black Magic Records.

There were claims that he had finally found a new management, but he has dismissed the reports.

"I have a team of many people working together like Brian, Kim Promoter and everyone else. Tudi is not my manager but just my friend who just helps me. Just like everyone else on my team. We help each other," John Blaq told Spark TV.

John Blaq parted ways with Black magic Records following a disagreement over the management of his social media pages.

According to John Blaq, his former management always misused his social media platforms, threatening him to post statements that go against his brand.

Shortly after separating with Black Magic Records, John Blaq revealed that he has started his own label named 'John Blaq Music' where he partners with different people.

He noted that ‘John Blaq Music’ has a wide range of personnel some of whom are based in Nigeria.