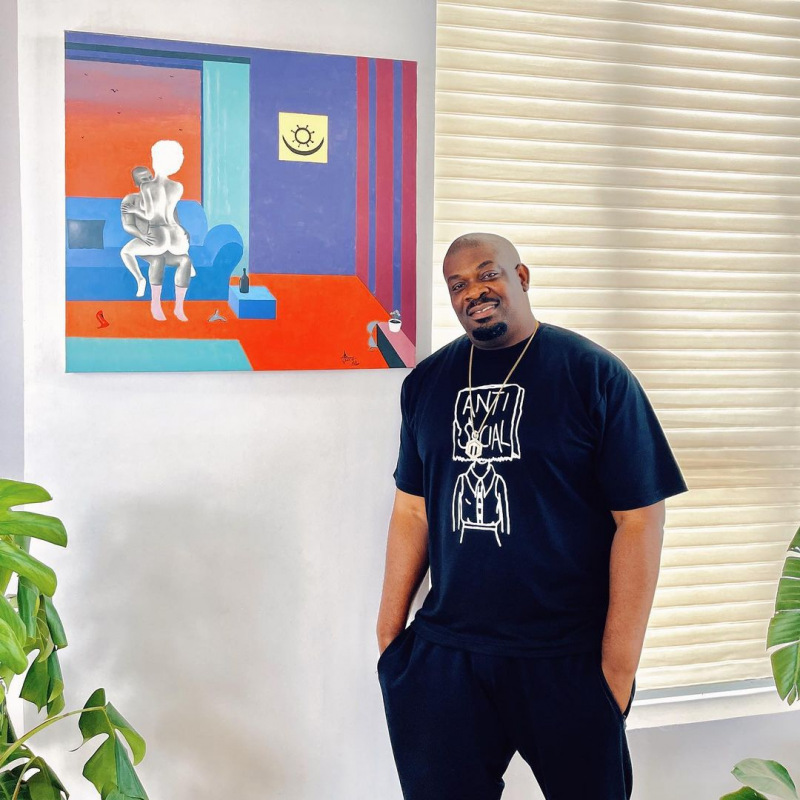 Mavin Records boss Don Jazzy sat with media personality Ebuka on his Black Box Interviews session to talk about a number of things.

The hour long interview had Don Jazzy disclose certain things about his personal life that not too many people know about. One of the surprising facts he revealed during this session is that he is somehow related to veteran Nigerian musician, Daddy Showkey.

Don Jazzy recalled growing up in Ajegunle which is also Daddy Showkey’s hood and that he is actually related to Daddy Showkey but then he doesn’t exactly know how they are related but his dad does.

Answering further questions on why there’s yet to be a Daddy Showkey and Don Jazzy collaboration, Don Jazzy replied that there is sure a possibility of him working with Daddy Showkey especially now as he is back to producing.

In his words; "It just hasn't happened. Now that I have come back to producing, maybe... Why not? Nothing is impossible."

Don Jazzy recently just returned from his production hiatus with production credits for Rema’s instant hit record, Bounce. We’re hoping to hear more on the music side from the Mavin Records.