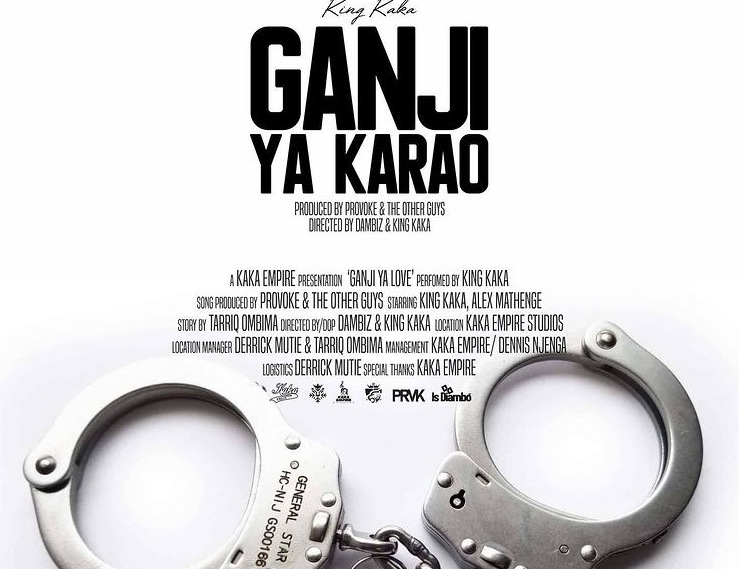 Top Kenyan rapper King Kaka is one of the best examples of artists who use their platform to address issues that affect common citizens. His latest project dubbed ‘The Ganji series’ highlights the plight of African youths in their day-to-day life.

His 5th episode in this series, which he released today is titled ‘Ganji ya Karau’. ‘Ganji’ is a popular 'Sheng' word which refers to money. ‘Ganji ya Karau’ is one of the most common atrocities that has rampaged our roads for decades.

The name used is mostly ‘Chai’ which translates to ‘Tea’ which is a common exchange of money on our roads. In this jam, King presents a fair point of view, by presenting the hardships that citizens face on the road as well as the role that they play in contributing to corruption.

He highlights the poor living conditions and the low wage that our officers receive in exchange for their services. Unlike most of the episodes released previously, ‘Ganji ya Karau’ ends with both parties understanding the role of poor governance in the challenges that both parties face in life.

It is also a very realistic approach to this sensitive matter which creates a feeling of honesty and transparency in King Kaka’s artistry.

‘Ganji ya Karau’ has been received well by fans, with some giving him positive feedback in the comment section for inspiring them.

The song which dropped a few hours ago already has over 10,000 views on YouTube.