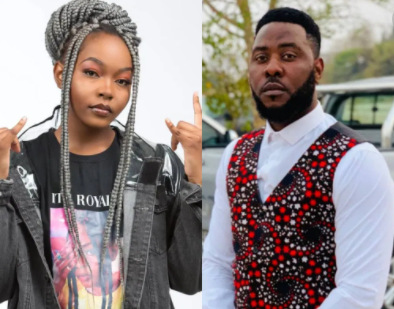 ‘Ku Wire’ is the sixth song off his latest album ‘Mother Tongue’.

Natasha starts off the song with her reassuring and thankful lyrics for memories created when she was in love.

‘Ku Wire’s’ chorus is astoundingly deep and beautiful as you can relate to the truth in it.

“Some broken hearts never mend, some memories never fade, some tears will never dry, my love for you will never die; why wanipeleka ku wire,” it flows with the sultry voice.

The song has been received well with fans praising Slapdee and Natasha for the amazing jam.

“The beat and guy saying why wanipeleka ku wire it's Soo smooth and addictive to listen to,” a fan named Madaliso Tembo praised the new release.

Petros Namakando wrote: “Well done guys! I love what you did right there, very bold.”

Now, the fans want Slapdee to work on releasing the song’s official video.