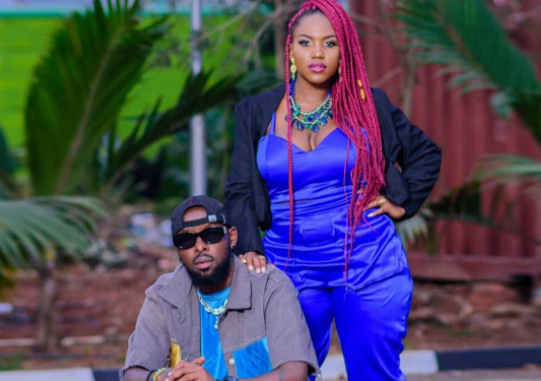 Sango is a party song with a feel good vibe that encourages people to enjoy their life no matter the circumstances they are going through.

The audio was produced by Brian Beats and the video shot and directed by Elly V. Mugisa.

The video has different dance choreographies; a concept that is synonymous with Eddy Kenzo's most videos.

Martha Mukisa is a singer, songwriter, and performer with a promising music career, thanks to her amazing vocals and ability to do different music genres like; Afro Pop, RnB and Reggae.

She ventured into music at a tender age, but her main breakthrough came when she was signed under the famous Black Magic Entertainment; known for producing the top hits in the country.

Martha is known for songs like Ex Wo, International Local among others.

On his part, Eddy Kenzo needs no introduction as his amazing works have made him a global sensation.

Kenzo is currently at the peak of his career, with reports indicating that he is working on an album set to drop soon.