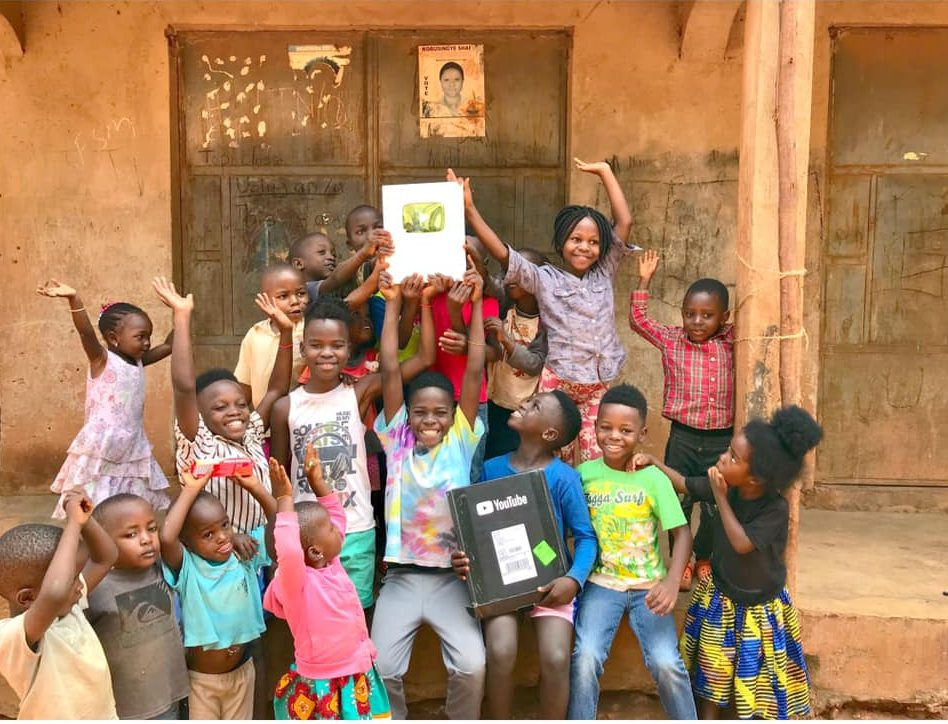 The Triplets Ghetto Kids are one of the best dance groups in Uganda at the moment. The group is composed of kids from less privileged families and slums around Kampala.

The dance group was founded by Kawuma Dauda in 2013. He had a mission of using music, dance and drama to help less privileged children.

'The Triplets' stands for the three core pillars of the group; Music, Dance and Drama. 'Ghetto Kids' is derived from the fact that they started their lives from the ghetto and they chose to embrace this, rather than hide it from the world.

"For us, “Ghetto” is not an insult or a street fashion, the ghetto of Kampala is our roots and we think you all appreciate the importance of being fully connected to your roots," the kids said at a a past interview.

The Triplet Ghetto Kids rose to fame in 2014, causing a buzz with their viral video recorded dancing to Eddy Kenzo's Sitya Loss'. To date, the video has been watched by over 25 million people on YouTube.

At the peak of their career in 2015, they group lost one of the pioneer members; Alex Ssempijja who was died hours after being involved in a bicycle accident. The group, however, didn't stop as they continued to perform on both local and international festivals, events, tours.

In 2017, American rapper, French Montana watched one of their viral videos 'Follow Follow' and liked it. This pushed him to feature them in his ‘Unforgettable’ video. Due to lack of finances to travel to America for this great opportunity, French Montana decided to fly to Uganda for the video shoot.

They shot the video in the ghettos of Makindye Spire where the late Alex was born. The video stands at 1.1 Billion views on YouTube.

The Ghetto Kids have since received global recognition from several other top international artists.

Last year, the group put out a video jamming to Buddy's 'Black lives Matter' song titled 'We Love Being Black', and it caught the attention of American singer and songwriter Janet Jackson; who reposted it on her Instagram page.

The Ghetto kids have taken part in many dance challenges on social media, receiving praise from top artists like Diamond Platnumz and Rayvanny.

Despite comments from fans in the diaspora urging the kids to dress in proper clothes, the kids have maintained their dressing arguing that it defines who they are. In July 2020, Triplets Ghetto Kids received the YouTube Silver Creator Award after surpassing 100K YouTube subscribers.

Despite the challenges they have faced, the Ghetto Kids have managed to find what works for them and are currently taking the Ugandan and African entertainment industry by storm.