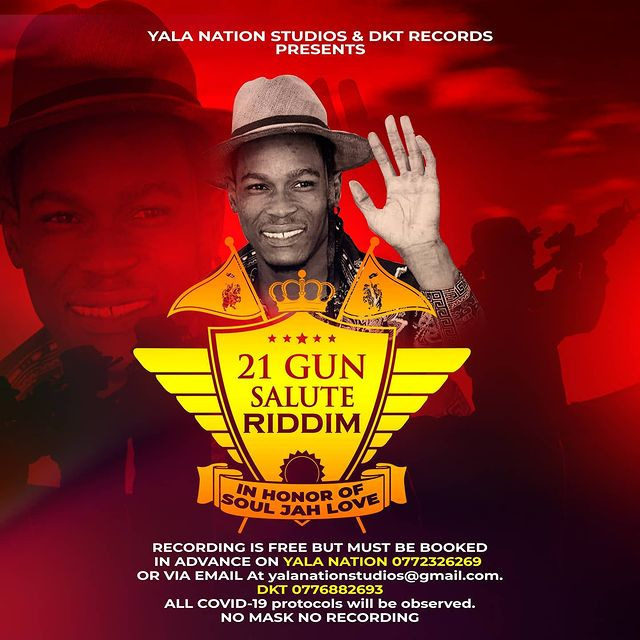 He shared a snippet of the work so far on the riddim hit and it is nothing short of amazing.

A sample of the work is jaw-dropping and riveting too. The beats are in sync with Soul Jah’s chanter style which distinguished him from many other artistes in the Zimdancehall genre.

Calaz said this is the perfect way to honour Soul Jah even in his death.

Yalanation Studios has been collaborating with Soul Jah’s DKT Studios for the ‘21 Gun Salute Riddim’ production.

“It still feels like a dream that the Conquering King, Chibaba or Sauro to a lot of people is no longer with us,” he wrote in Instagram.

“The music space in Zimbabwe will never be the same without Soul Jah Love. He was a general and in honor of his memory and the special relationship he had with Seh Calaz, Yalanation Studios has partnered with one of Soul Jah Love's favourite studios DKT studios to produce a riddim named in honor of the general called 21 Gun Salute Riddim.” The 21 Gun Salute Riddim will give those who did not make to mourn the fallen hero a chance to mourn him.

Here is the Video