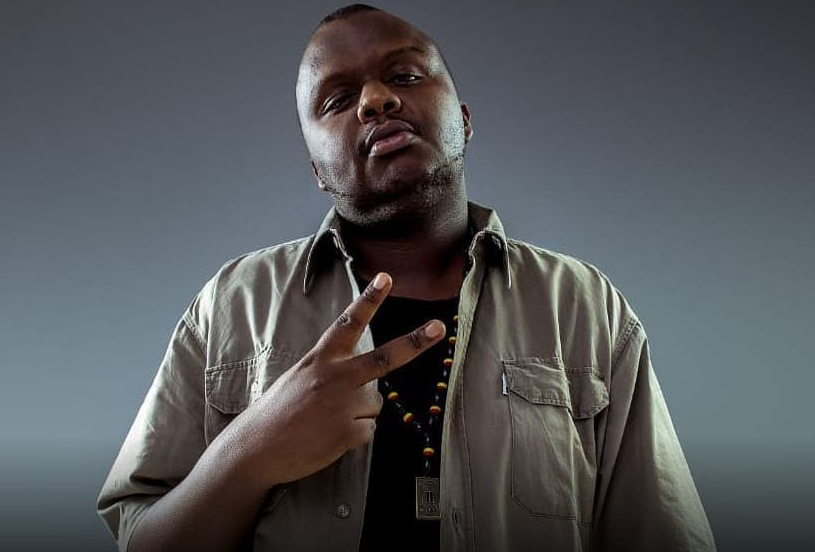 Celebrated Kenyan artist Mejja has blasted a fake WhatsApp profile that has been purporting to be him. Posting a screenshot of the number with a Whatsapp profile that has his name, Mejja asked his fans to be careful and request a face-to-face meeting when conducting any official business.

“Fake Number Kaa Rada, Jamaa ask to See The Person Before u Do Any Business Hii Ni KANAIRO Kuwa MJanja, Big Up To @vdj_jones Ndio AmeNichaNua,” he captioned (sic). 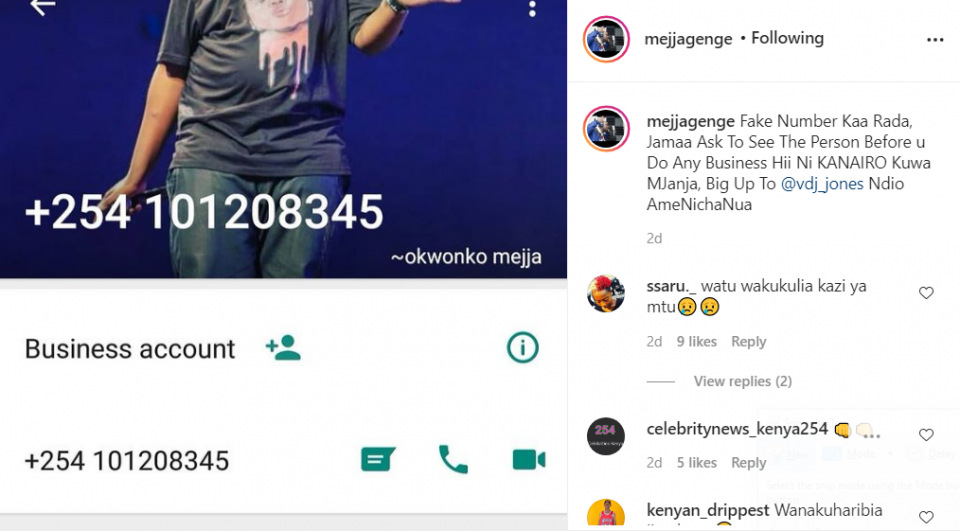 This is not the first time that Mejja has used his Instagram platform to weed out fraudsters. Last year, he defended himself over allegations of being extremely arrogant, extortionist, liar, opportunistic, naive, and disrespectful.

In an Instagram post back then, Mejja posted a screenshot of the poster with allegations against him, where the user claimed to have paid Mejja Sh12,000 to be a guest in his podcast but he never showed up.

Expressing his frustration over the allegation, Mejja explained to his fans that he did not have any Facebook, Snapchat, or Tiktok platforms and asked them to be wary of any numbers they got from other platforms.

“Hii ni ujinga gani tena, whoever is doing this should stop and apologize failure to which I will go to the authorities, I don't know this person or the money said, Na pliiiiiiiiz Wagenge I am only on IG sina Facebook, Snapchat, TikTok so any number u get from this social media accounts ni FAKE!!!!” he said.