Bahati Meets Willy Paul, Tells Fans Not to Believe Everything They See Online 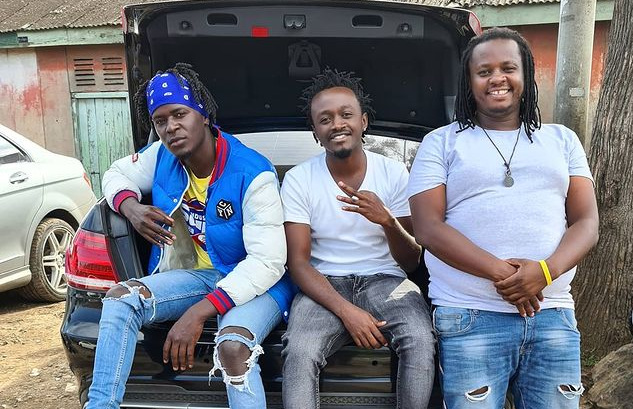 Celebrated Kenyan artists; Bahati and Willy Paul have shared videos and pictures of them hanging out and chilling despite claims of an existing beef between them.

The two shared a video where Bahati can be heard asking Willy Paul why he used to be so annoyed back in the day when he won the Groove awards.

In addition to the video, they also uploaded the same photo on their Instagram pages, posing alongside gospel musician DK Kwenye Beat.

In a post on Instagram, Bahati appeared to suggest that he is friends with Willy Pau;, and that not everything fans see on social media is true.

On his part, Willy Paul took a jab at Bahati posting that: “He who finds a wife finds a good thing, kweli hapa Diana aliangukia wife.. @bahatikenya continue being a good wife hapo home. Ama vipi @dkkwenyebeat.Good women are rare.”