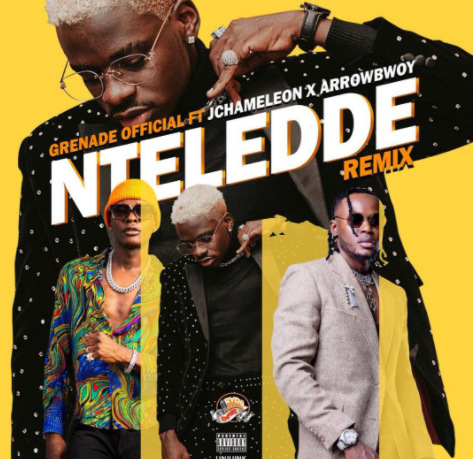 ‘Nteredde’ (Ntende) was officially done by Grenade Official and was released in December 2020.

In 'Nteredde' the youngster notes that his heart is at rest after getting the girl he has been chasing for a long time. His satisfaction can be heard in the soft lyrics as he expresses how settled he is.

In the remix, Jose Chameleone nails the first verse as he drops amazing Swahili lyrics. On his part, Arrow Bwoy comes through with some Luganda lyrics in his verse.

The audio was produced by Ernest and mixed and mastered by award winning producer Herbert Skillz.

The remix has been received well and is one of the most popular songs in the country at the moment.

Being his first major project this year, Grenade Official has started on a high note. Fans are hoping that he’ll maintain the same trend all through the year.

Meanwhile Grenade Official has been on an upward trend ever since he debuted in the Ugandan music industry.

Grenade Official whose real names are  Deus Ndugwa created a good first impression with hit songs such as; ‘Nkuloga’, ‘Mpulira Bibyo’, 'Wali User', ‘Amen’ and ‘Mukago’ among others.