List of Musicians Kenyans Want Nyashinski to Collaborate With 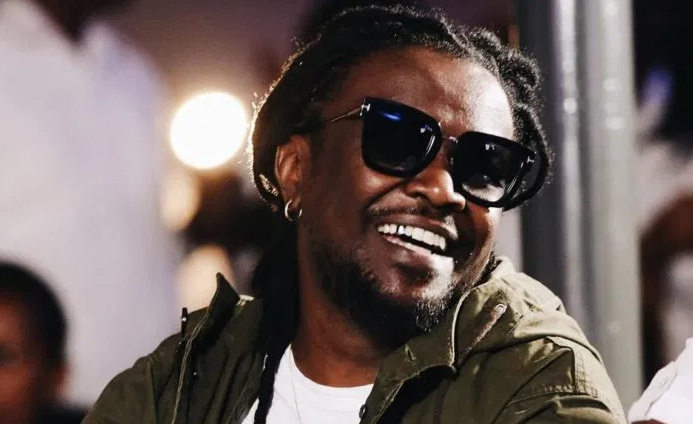 Celebrated Kenyan artist Nyashinski is one of the most loved musicians in the Kenyan music scene. His songs like ‘Malaika’, ‘Free’, ‘Hayawani’ have been able to go viral because of his ability to connect with people's emotions.

On Wednesday, Nyashinski took to Twitter and gave his fans the opportunity to suggest any artists they wanted him to collaborate with. " Unataka kuskia collabo yangu na nani?" he tweeted.

His Tweet which already has over 4300 likes, created a buzz on social media and had fans debating on the comment section as each tried to justify their favorite artist.

In a surprising twist of events, one Twitter fan asked him not to collaborate at all, “Collabo ya nini? Si wanasemanga we ni ka kikundi mtu mmoja.” 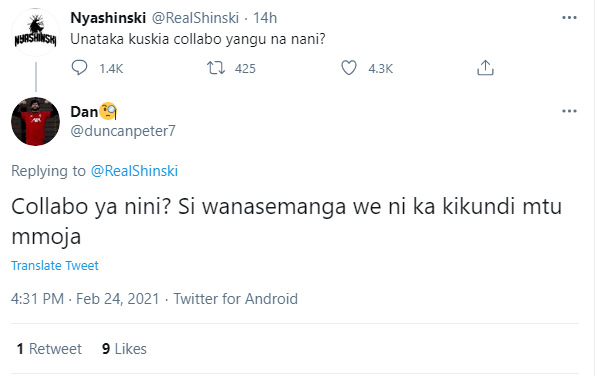 Another fan proposed a list of African queens in the music industry with a tweet that read, “a collabo with both or either these amazing souls would be Fire @SympLySimi, @officialzuchu, @nadia_mukami, @Soilapurity, @yemialadee.”

“It's about time you and Khaligraph did a hit song. It's been a long time coming bana. Ama namna gani fellow Kenyans,” he replied.

Meanwhile, Two months ago Nyashinski released ‘Hapo Tu’ featuring Chris Kaiga. To date, ‘Hapo Tu’ is a fan favorite with a popular TikTok dance and currently has over 5.3 million views on YouTube.