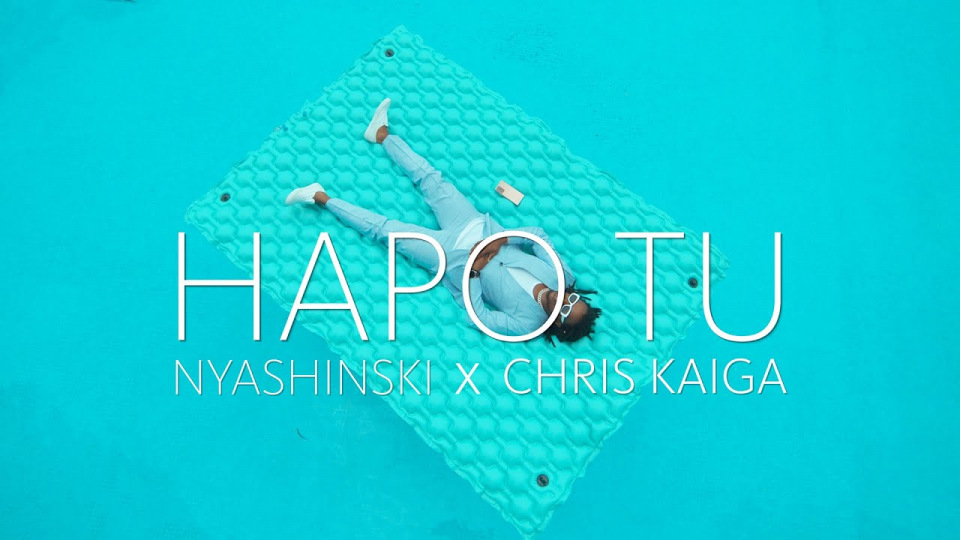 For months on end, the East African community has been dosed with clips and teasers of a Nyashinski and Chris Kaiga collaboration.

For those who don’t know Nyashinski,he has been in the music industry for more than a decade. He pioneered Kenyas music scene and was part of the popular Kleptomaniax group(Tuendelee ama tusiendelee). On the other hand, Chris Kaiga is part of the new school in the Kenyan music scene. Chris Kaiga is well known for his hit tracks Zimenice, Niko On , Hizi Bundas and his feature on Kahush’s viral hit, Mastingo.

Nyashinski has had quite the successful spell in 2020. He bagged and married the woman of his dreams as well as dropping his album ‘Lucky You’. The serial hitmaker also featured on Naiboi’s ‘Black’ which goes without saying, ‘It was another banger’.

This time round, Nyashinski tag teams Chris Kaiga for an absolute gem dubbed ‘Hapo Tu’.‘Shinski’ treads in uncharted waters with quite the prowess. Nyashinski hops on a gengetone/hiphop infused beat , breaking no sweat while embedding his lyrical magic and witty rhymes to create the masterpiece ‘Hapo Tu’. Chris Kaiga, the wordsmith hops on the second verse to deliver a brief ear worming verse.

‘Hapo Tu’ is a catchy track that grows on you. It has all the qualities of a hit track. A catchy chorus ‘ Dance tu usijali hatu kujudge hapo tu,hapo tu ’. The diversity between the veteran and new school rapper brings the beauty out of ‘Hapo Tu’ making it quite the phenomenal tune. The mid-tempo track is suitable for any occupation, whether the night life or a relaxed brunch with loved ones, you can blust ‘Hapo Tu’ and still feel the good vibes Nyashinski and Chris Kaiga are bringing your way.