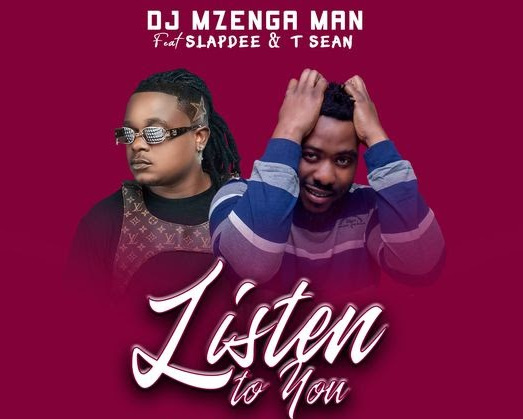 ‘Listen to You’ was produced by DJ Mzenga Man. It is the fifth song in the Big Boss III album.

Slapdee and T-Sean’s voices create an undying harmony and charisma of the highest degree.

‘Listen to You’ has since received positive feedback from fans praising Mzenga Man for a dope song in the Big Boss III album.

Most of them are elated by the collabo between Slapdee and T-Sean who both enjoy a huge fan base in Zambia.

Jay Joseph Felinando Malunga said: “Slapdee n T-sean this collaboration is lit. Cheers to my brother man Justin gynks A. K. A the ex-boyfriend. I appreciate the good works you are doing.”

Joe Kazama thanked Mzenga Man saying that he has finally recognized the fact that Slapdee is Zambia’s finest and should always be treated as so.

“I love it the fact that DJ Mzenga man recognise that Slap dee is a big part of Zambian music unlike others...muziziba ba some of us.”