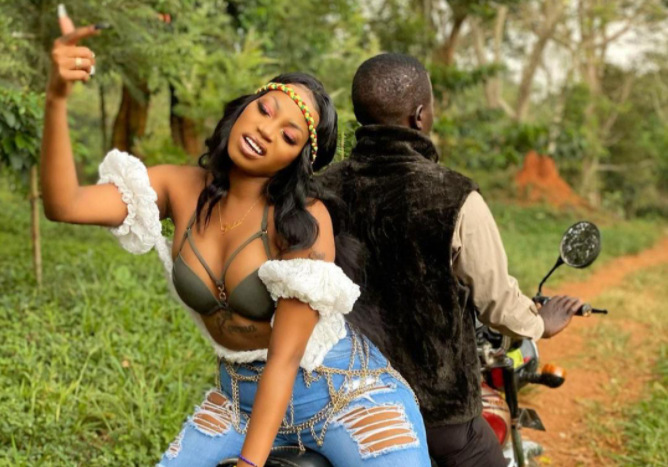 In 'Nkutuse' (loosely translated from Luganda to mean I'm broken/'I'm weak), the Team No Sleep diva cries out to her man to take her officially.

She sings about his love that makes her weak and unable to do anything in his presence.

The audio was produced by 'Bomba Made My Beat' while the video was shot and directed by trending videographer Aaronaire On Set.

The video was shot in the wilderness and the green scenery makes it more beautiful. Known for her high sense of style, Sheebah Karungi doesn't disappoint as she comes through in different revealing outfits making her look more fabulous and classy.

The visuals feature award winning DJ, Slick Stuart who acts as the vixen. Unlike Sheebah's other music videos ‘Nkutuse’ does not have dancers as Sheebah does the dancing herself.

In December 2020, Sheebah treated her fans to a taste of 'Sheebah Diaries' releasing a video every week for the entire month.

The videos were off her latest album dubbed 'Samali'.