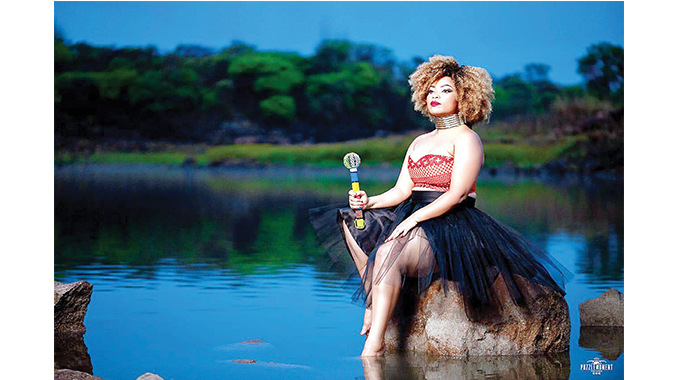 Zimbabwe’s Radio personality La Dee is an epitome of women empowerment. She juggles between two demanding careers; music and radio which she has managed to balance delicately and made a name for herself.

Born Duduzile Ndlovu some 30 years ago in Bulawayo, she says the sky is the limit for her.

Nothing can stop her from getting to the top. La Dee recorded her first single at the age of 20.

Years later she earned a place in Zimbabwe’s music industry with popular tracks such as “Isoka lami”.

“Music has always been a blessing to human kind that is why I sing to inspire souls, promote love and spread God’s word. My goal is to go places spreading positive energy, taking away pain, giving hope and comforting people using music,” she told Sunday News.

Just like many other artistes born with the musical gift, she started off her singing in church and later found out that this was a passion she wanted to pursue at a professional level.

Her radio show at a Hilbrow FM has made her even popular. Before joining Hilbrow, she worked with Swaziland’s Hala Radio and hosted another popular show, dubbed “Love Drive Show”.

She says that she is happy about it all because she has learnt how to sell her music via social media, thanks to COVID-19 pandemic which struck in March.

Her fans can expect a new song titled “Mbambe” in March.