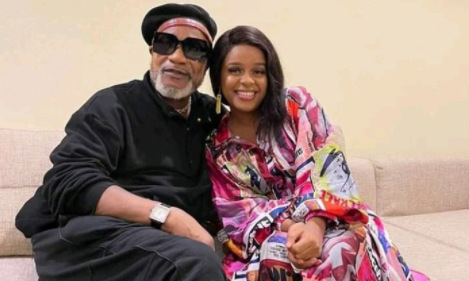 The song lives up to the expectations, having fused both Lingala and bongo style.

The beat is mostly Lingala, with both musicians taking a multilingual approach incorporating Lingala, English, and Swahili.

The song was produced by Kimambo. The song centers around love, with Nandy noting that it is in line with the upcoming Valentine's Day.

Both singers delve into the importance of soothing a lover for a smooth relationship. Commenting on the song, Nandy revealed that it was a pleasure working with Koffi Olomide while hailing him for humility.

The singer noted that they had to re-do the vocals, but Olomide had opposed it at first. Notably, Olomide had recorded his vocals while in Congo but was only in Tanzania to record the video.

Nandy added that working on the song cost her almost Tsh70 million to cater for everything. The singer states that she does not regret the cost as it will elevate her career.