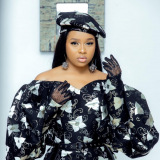 Faustina Charles Mfinanga, popularly known as Nandy is Tanzanian female singer and songwriter, she became popular with her hit single after being on Africa's biggest singing contest Tecno own the stage singing contest and becoming the first runner up she introduced herself in the music scene with her hit single One day (more)
Promote artist ↑
report
Get Latest DJ Mixes
More Songs

She is a popular musician in Tanzania. Her real name is Faustina Charles Mfinaga. She was born in Moshi, Tanzania in the year 1992. She attended Julius Nyerere Primary School, Lomwe High School and CBE College of Business Education.

She started her music journey at the age of 6. She perfected her craft as she grew older and at the age of 15, she joined her school choir. At the choir, she became more confident and improved various aspects of her singing. Her talent was great that one of her friends introduced her to Ruge Mutahaba, the Chief Executive of Tanzania House of Talent (THT). She joined THT and later released ‘Nagusagusa’; her first single under the stable. Her major breakthrough came a few years later when she was featured on Tecno Own the Stage and emerged first runners up.The competition gave her the much needed exposure and also helped her create networks that have proved to be useful in her career. Ever since, she has been on an upward trajectory, dropping hit after hit.

Does she have any albums and EPs?

She has one album dubbed ‘The African Princess’ and an EP named ‘Taste’.

How many awards has she won?

She has won several prestigious awards that include; Best Female Newcomer at the AMI Africa Awards and AFRIMA Best Female Artist East Africa among others.

In addition to music, she is an entrepreneur and social media influencer. She is also a fashion enthusiast and the founder and owner of Nandy African Prints.

Is she the founder of Nandy Festival?

Yes she is the founder. The festival is an annual event where she traverses the country alongside other top artistes.

Is Nandy the best female musician in Tanzania?

She is among the best female musicians in Tanzania at the moment. Her massive energy, creativity and strategic collaborations have made her a force to reckon with in the Bongo music industry. This has also made her popular in other African countries like Nigeria, Kenya and South Africa among others.

How to listen and download Nandy music on Mdundo.com
Her songs are available for free download and streaming on mdundo.com. To listen to her music on Mdundo, visit mdundo.com and search for Nandy. A catalogue of all her available MP3 music will then be provided for you to select the songs you want. You can download/listen to her latest music on Mdundo through your phone, laptop or any other device that can access the internet.