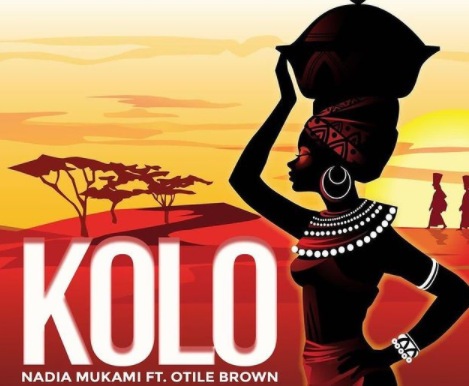 'Kolo’ is an Afro-Pop classic banger that celebrates the African culture through its original sound, guitar, and afro beats, with the lyrics honoring the Swahili language which is vastly spoken in Eastern Africa.

The song is basically a celebratory classic during happy occasions that praises both the African boy and girl child in a metaphorical context, and draws inspiration from Them Mushrooms; a legendary Kenyan band.

‘Kolo’ is Nadia Mukami's fourteenth studio single, and her first track off her upcoming album.

The visuals present Nadia, and Otile in a royal way as they jam to the tune. They are meticulously well designed and directed to celebrate the African culture.

The audio for ‘Kolo’ was produced by super producer Vicky pon Dis with Hanscana directing the visuals.

Meanwhile, Nadia Mukami has been gaining a global audience and popularity with her fluent Swahili lyricism, mellow voice, and soothing melodies.

She was recently nominated at the MTV Awards under the category, Fanbase Award.

‘Kolo’ has been received well and is already trending at number thirteen with over 170,000 YouTube views in just a few hours.