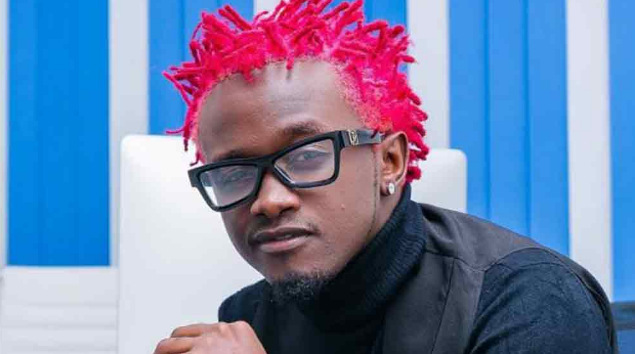 Kevin Bahati is a household name in Kenya’s music industry. Born in 1994, Bahati ventured into the music industry in 2012, with his single ‘Siku ya Kwanza’.

He started low, but his humility and talent propelled him to greater heights. Currently, he is among top musicians in the country.

Read Also: Bahati Features Tanasha Donna in New ‘One and Only’ Video

For the close to eight years he has been in the industry, Bahati made a name as one of best gospel musicians in the country. However in 2020, he decided to try secular music and ventured into the field of love songs.

His first love song was ‘Wanani’ which took the entertainment industry by storm, with many wondering if he had joined Willy Paul in the secular world.

While his gospel fans continued wondering what was happening to the powerful minister, Bahati had started what would end up being his takeover of the Kenyan RnB music scene.

After ‘Wanani’, he embarked on a song releasing spree where he teamed up with musical heavyweights that include; Vivian on ‘Najua’, Prezzo on ‘Baby Boo’, his wife Diana Marua on ‘Mtaachana tu’ and the latest being ‘One and Only’ featuring Tanasha Donna.

It is worth noting that his songs are well written and have a poetic touch that give you a reason to fall in love.

His ability to work with different top artistes is a plus for him and his projects, as all his releases are unique and have a different vibe depending on the artiste featured.

In a bid to ensure that his songs receive great viewership, Bahati has been conducting massive promotion online backed by publicity stunts.

It is important to highlight that all his love songs enjoy massive viewership online, with the least viewed being his ‘Tomato’ single that has over 300,000 views in three weeks.

In the local media, one out of every five love songs currently being played has a connection to Bahati an indication that he is the artist to beat in this genre.

Barely a year after he ventured into this genre, Bahati has outshined veterans and is currently one of the best love song composers in Kenya.

Judging by his consistency and strict adherence to top quality videos, Bahati is one of artists to watch out for this year.