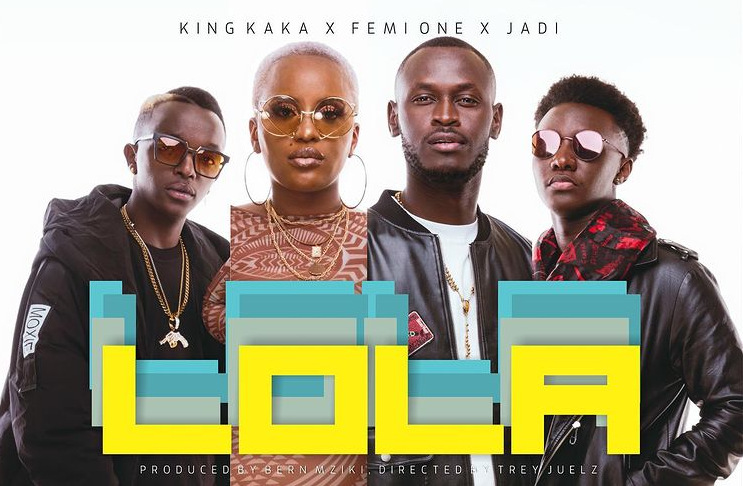 ‘Lola’ is an upbeat jam about them having eyes for someone. The song features King Kaka and Femi One rapping with members of Jadi bless the song with amazing vocals.

The members of Jadi open the jam with lyrics full of poetry. They begin by asking their partners how they feel about this New Year and whether they are up for a date.

King Kaka as always delivers amazing rap in Swahili and Sheng'. Part of his lyrics says that he has eyes on his partner like a bouncer and that if he gets’ to have her he will be satisfied with life.

In one hilarious line, he prompts her to vie for a political seat because he believes that she has all it takes.

Femi One also raps and takes the position of a female in this jam. She raps saying that if someone has eyes on her they should call, adding that before she gets interested, she has to be impressed.

‘Lola’ which was produced by Bern Mziki, is already doing well with over 2, 700 YouTube views in just a day. This proves that the official video for ‘Lola’ will be received well by fans.