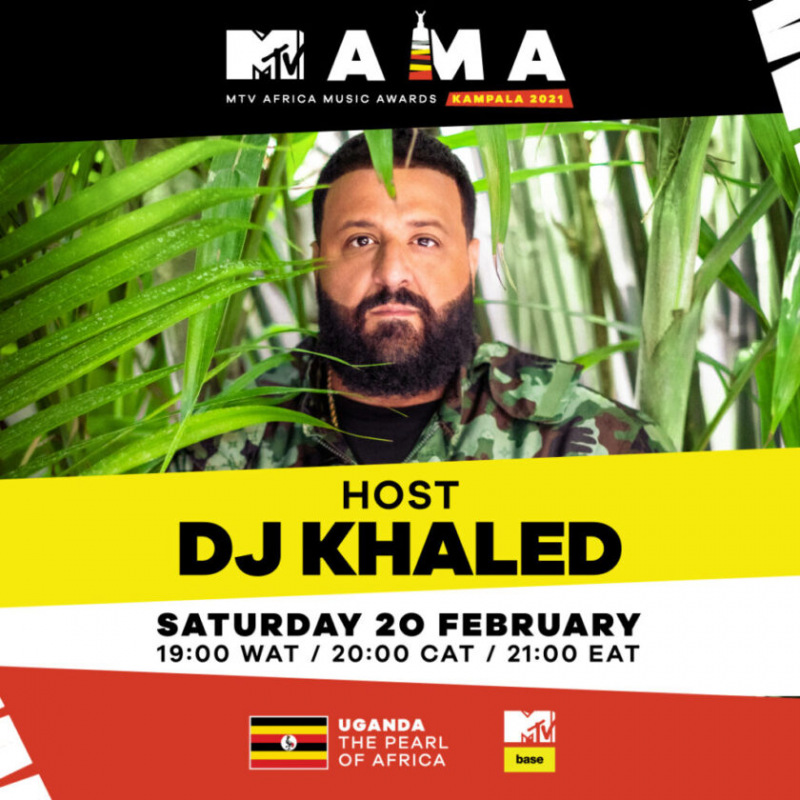 MTV Africa has announced that American Grammy award winning produce and rapper, DJ Khaled will be the guest host for the 2021 MTV Africa Music Awards (MAMAs).

DJ Khaled will be the virtual host of the award gala set to be broadcasted on MTV Base on Saturday, February 20, 2021.

Read Also: Pallaso Reacts to His Nomination for 2021 MAMA Awards

The event being in Kampala, Ugandans felt that one of their own should have been chosen to host the once in a lifetime event.

Giving examples of famous event hosts; Douglas Lwanga and A Pass, a section of Ugandans argued that it is unfair for the huge opportunity to be given to a foreigner.

However, a another group of netizens felt that the event provides a great platform for DJ Khaled to speak out on the police brutality witnessed in Uganda over the electioneering period.

“With his global success achievement and over 22 million followers on social media, he will inspire youth across the continent and attract an even bigger international audience to the virtual event,” Monde Twala, Senior Vice President and General Manager at ViacomCBS Networks Africa, said.