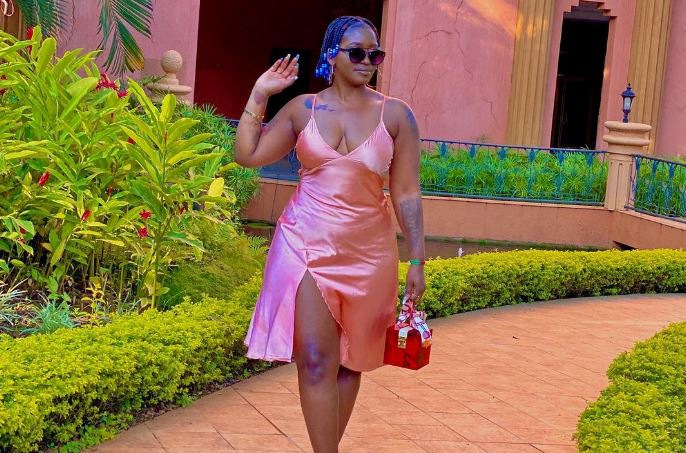 On Wednesday, MTV Base officially unveiled the full list of nominees for the prestigious 2021 MAMA awards that will be held in Uganda for the very time in the country’s history.

Top musicians like Eddy Kenzo and Winnie Nwagi missed out of the nominations despite having a good year musically.

This caused a major uproar on social media with many questioning the criteria used in selecting the nominees.

Reacting to her omission, Winnie Nwagi slammed the award organizers terming them bogus. 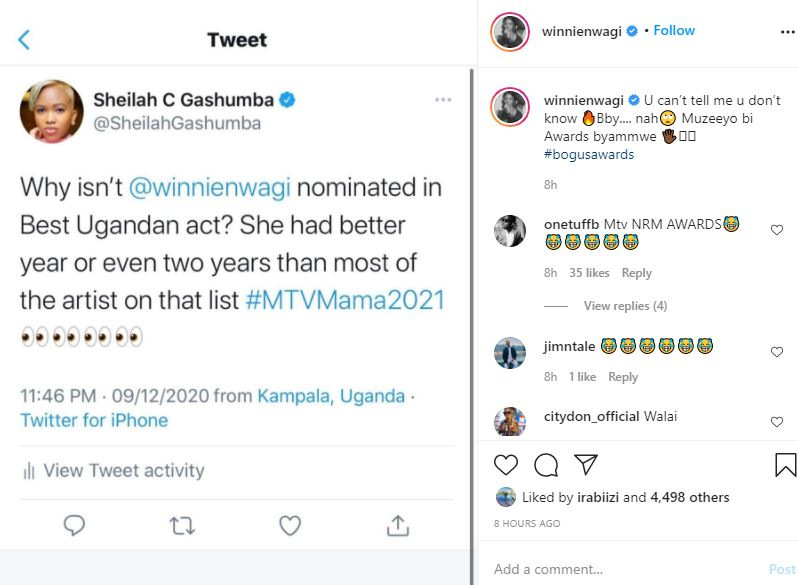 She also sided with fans making it certain that she would have won the award had she been nominated in any category.

"You can't tell me You don't know...Baby nah, take back your awards" she shared.

Her post elicited massive comments with fellow singer Pia Pounds encouraging Winnie Nwagi to let go of the past and focus on the future.

Pounds further noted that Winnie Nwagi is way above MAMAs and should be consider for a Grammy award. 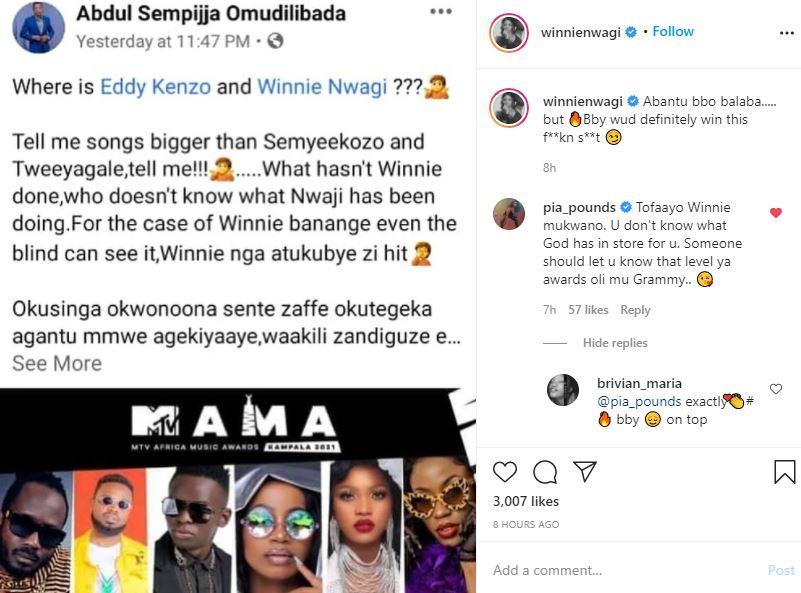 “...You don't know what God has in store for you. Someone should let you know that your level is the Grammys..."