Watch Something Different By Adenkule Gold - Now Over 10 Million Views 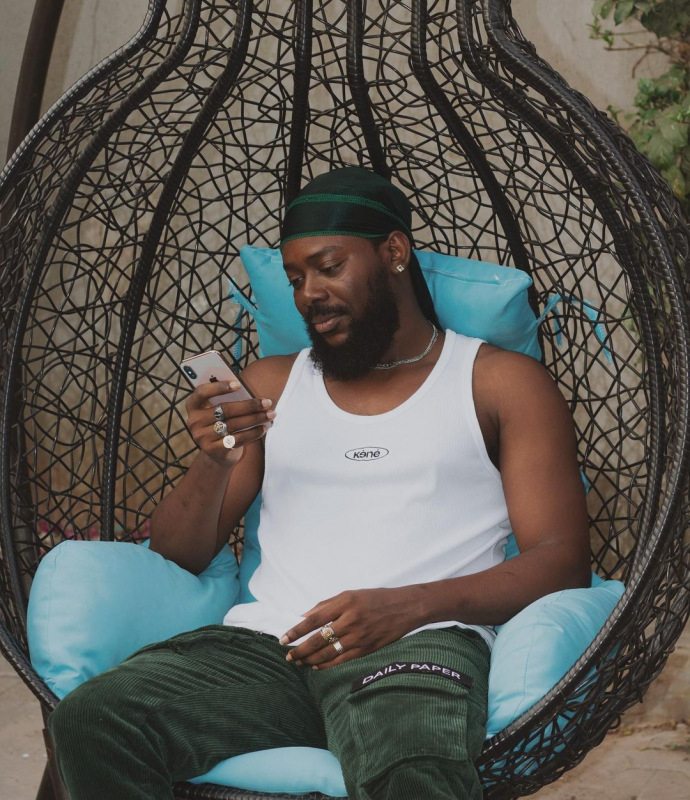 Nigerian highlife multi-talented singer, songwriter and graphic designer Omoba Adekunle Kosoko, popularly known by Adekunle Gold has shared on his page a gratitude note to his fans on the journey so far and the views gained by his Video "Something Different"
Taking to his Instaram page, Adenkule Gold fan shared immediately that the Next Goal would be getting to 100 Million views and He closed by an Amen! 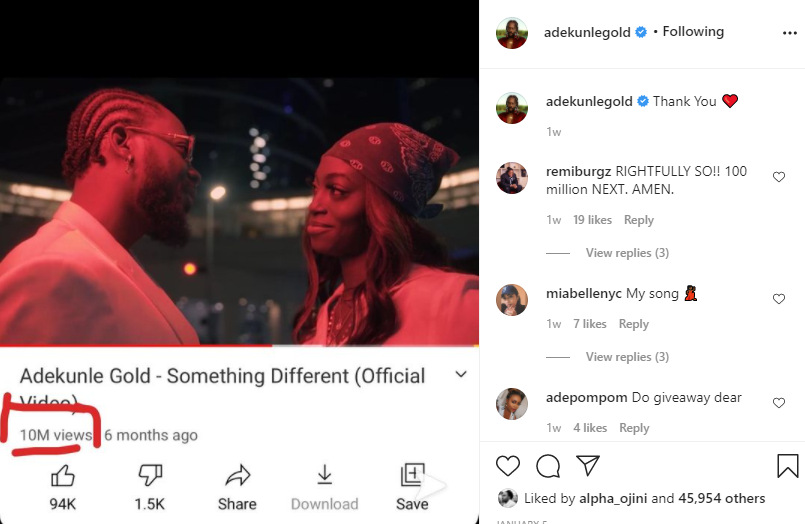 Born 28th Jan 1987, Adenkule Gold has indeed shine in the recent years not only with his great voice and captivating lyrical lines, but also that January has him celebrating both is marriage anniversary with Simi and at the end of the month his birthday.

Adenkule Gold got his entry into stardom in 2014 when e released “Sade”, a highlife cover of One Direction’s “Story of My Life”.

Watch the video below

https://www.youtube.com/watch?v=whptJMsHQVI&ab_channel=AdekunleGoldVEVO
In 2015, he signed a record deal with YBNL Nation and released his debut studio album Gold, which debuted at number 7 on the Billboard World Albums chart. Adenkule Gold was preceded by the release of three singles: “Sade”, “Orente” and “Pick Up”. Adekunle Gold revealed in an interview that prior to signing with YBNL, he designed the label’s official logo and completed other designs for Lil Kesh, Viktoh and Olamide.