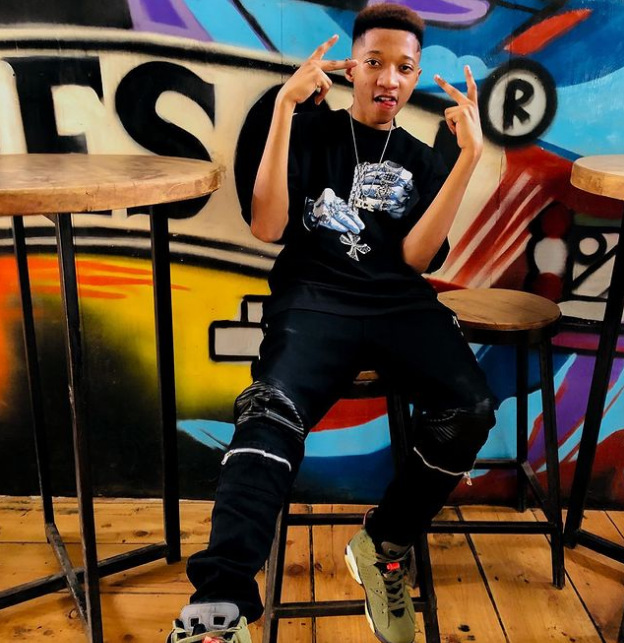 ‘Serereka’ is an upbeat Gengetone jam that was produced by Eric Musyoka with JB from OLG Productions mixing and mastering the hit.

The visuals which were directed by Antyvirus_Av and Mwende Renata introduce us to a party full of beautiful video vixens.

They also transition to single video shots at the pool and indoors where they are all having fun.

Shari Afrika adds her flawless vocals to the song and blends well with Trio Mio’s voice, taking the song to the next level.

Trio Mio dropped this jam before he headed back to school, after months of break due to coronavirus.

Before heading back to school, Trio wrote a message for his fans on the premiere of ‘Serereka’ terming it as a gift for students to enjoy during preps. “Back to school! 2020 imekuwa real, it's been a journey yaani. Mafans mmecheza kama nyinyi na nawapenda sana manze ndo manake nawaachia kagift mserereke nayo nikiwa preps competition, ni time yenu ya kung'ara, no excuses now.” he captioned on his Instagram.

Meanwhile, this week Trio has been trending on Twitter for all the right reasons. His fans made jokes about him having to shave his blonde hair which has been his brand as an artist.

Trio joined in the fun and recorded a video of the shaving process and took several pictures with his mum in his school uniform, with a clean shaved head and a bag heading back to school.

‘Serereka’ has been received well and already has over 30,000 views on YouTube in just a few hours.