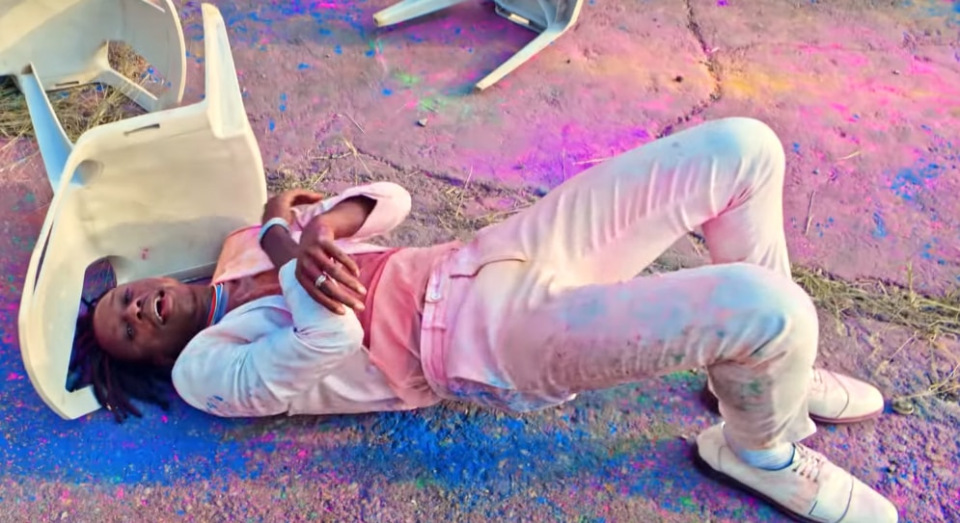 Four songs from Nigerian artistes have been listed among the top 10 most views African songs on YouTube in 2020.

According to a list of the top songs compiled by Taste of Africa, Tanzania’s Diamond Platnumz tops it with his hit single ‘Jeje’ that was viewed over 41.1 million times on the American online video sharing platform, YouTube.

The Bongo’s Star’s most recent hit single ‘Waah’ featuring Koffi Olomide and ‘Gere’ in which he was featured by his baby Mama Tanasha Donna also made it to the list.
We take a look at the Nigerian songs that were also ranked amongst the most-viewed in Africa in 2020.

‘Shekere’, a single from Yemi Alade’s fourth studio album ‘Woman of Steel’ was ranked at number 10 with 16.4 million views for the whole year.

With 23.2 million views, ‘Vibration’ by Fireboy DML was ranked at number 5 for the most viewed African Songs on YouTube in 2020.

This is an atmospheric song produced by Neptune Records in-house producer Magic Sticks and is the second single off Neptune's project tagged The Greatness II [Sounds of Neptune] after the successful release of the first single ‘Tomorrow’ featuring Victor AD.

‘Nobody’ has been among the best performing songs, getting a number of nominations in 2020 and ranks as the fourth most viewed African song on YouTube in the year with 25.0 million views.

‘Duduke’ was the biggest song in Nigeria in 2020 – based on the number of YouTube views and ranks as the second most viewed African song on the platform with 29.2 million views.

This is the song that Simi used to reveal that she was pregnant with her firstborn child, Adejare, who was born on May 30, 2020.

Below is a full list of all the 10 most viewed African songs on YouTube, as compiled by Taste of Africa. 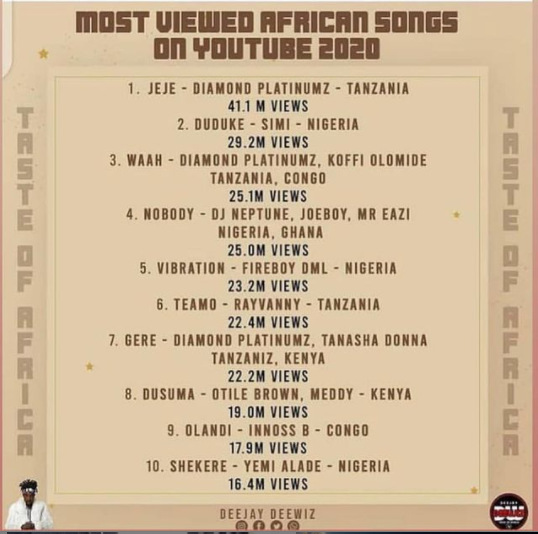