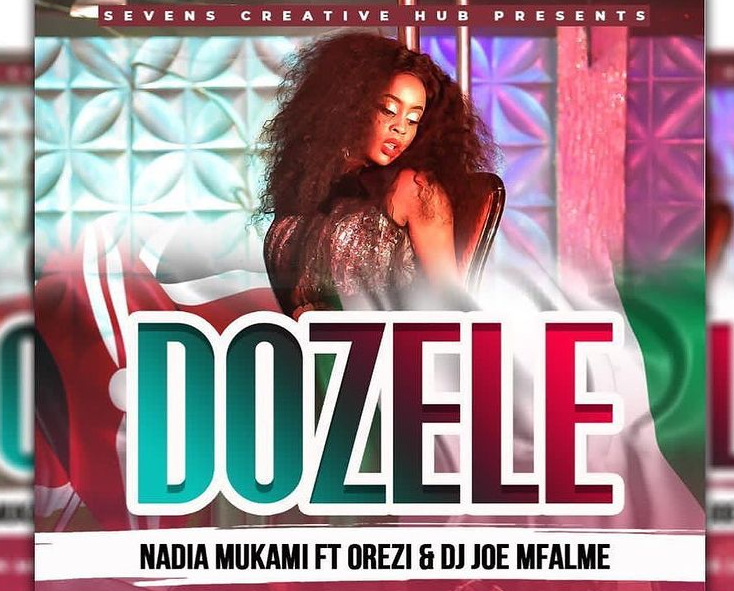 ‘Dozele’ is Nadia Mukami's 13th Studio single and her fourth track off her EP ‘AfricanPopStar the EP’.

‘Dozele’ is a pan-African dance song in which she features the Nigerian Superstar, Orezi and Kenya's most sought after DJ, DJ Joe Mfalme.

The song is aimed at bringing Africa together in form of a dance challenge.

The visuals which were directed by Director Didy, open with renowned Deejay Joe Mfalme keying ‘Dozele’ on his disk joker. Taking a break from the traditional all-female video vixens in most of our music video, ‘Dozele’ incorporates female and male visuals sensually dancing to the tune as Nadia and Orezo sing to the beat which was produced by Alexis on the Beat.

‘Dozele’ has been received well by fans and is currently trending at number 24 with over 53,000 views in the first ten hours since its premiere on YouTube.

Last Saturday, Nadia caused a buzz on Twitter, after she jokingly posted that she would walk around Archives in Nairobi in a petticoat if netizens secured her new song ‘Dozele’ number one trending on YouTube.