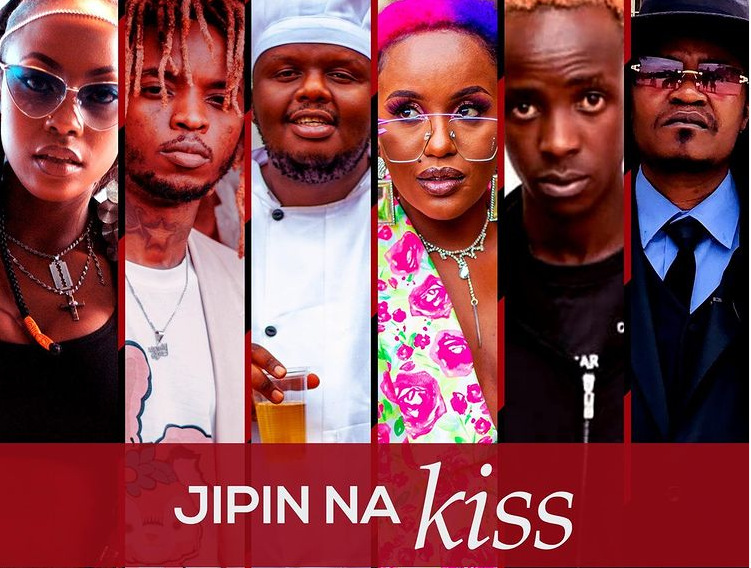 'Jipin' is a Kenyan slang that means stay safe (depending on the context). The jam which is sponsored by Kiss condoms and DKT international #JipinNaKiss, is all about ensuring you are pinned with condoms to protect yourself.

Odi Wa Murang’a opens the jam rapping to the slow beat which was produced by super producer Magix Enga. Exray and Madoxx, who are also members of the Boondocks Gang make a guest appearance on the jam vibing to it.

In addition, Odi delivers the chorus rap which is catchy and talks about the risks of not protecting yourself.

Ssaru who raps after Odi, takes the jam to the next level, continuing with her new sensual style, which was introduced to viewers following her hit song ‘Leo’ featuring Mejja.

In ‘Jipin Anthem’, she drops bars while keeping it classy. Mejja, who has earned his accolades in the music industry acts as a chef and as always, delivers his rap using wordplay. He illustrates the message using packaged beef which is creative and memorable to the viewer.

On her part, The queen, Femi One, plays the role of a flower girl, donned in pink lingerie. Femi chooses this opportunity to showcase her versatility as an artist, and goes all the way to deliver quality visuals for ‘Jipin Anthem’.

Veteran artist Jua Cali, also makes a comeback dressed as the Godfather of the Genge Music Industry. Jua Cali, who is lyrically gifted delivers his rap in pure Swahili flow, which makes one nostalgic for the ‘Kwaheri’ hit song era. ‘Jipin Anthem’ has been received well and already has over thirteen thousand views on YouTube.