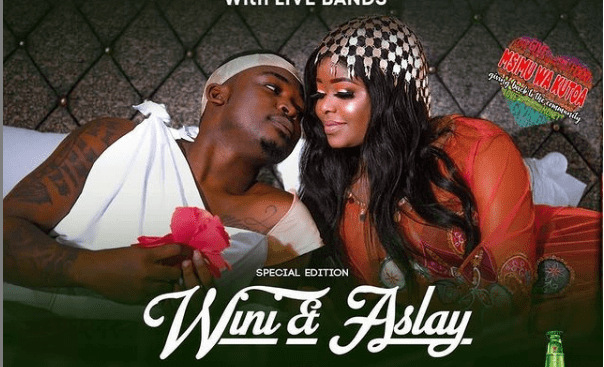 ‘Unanikoleza’ is a love song where the two artists express what they feel for each other.

For a while now, Wini has been slow in releasing new music and is yet to issue an explanation for the same.

Despite being off for the music scene for quite some time, her vocals are still on point an indication that form is temporary but class is permanent.

On his part, Aslay delivered his verse with massive energy and passion as he does on all his other projects.

The ‘Unanikoleza’ visuals have been beautifully done with an Arabic touch to it. It is quite obvious they are selling the love message quite intensely.

Watching the video, you get experience love firsthand as Aslay treats Wini to a beautiful vacation.

The video is also scenic and market the amazing holiday locations in Tanzania.

So far, “Unanikoleza” is slowly picking pace on YouTube with over three thousand views in under one day.