Kojo Antwi Explains Why He does not Value Birthdays 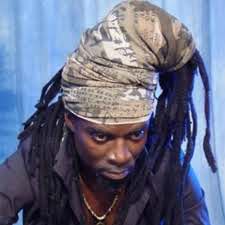 November 24th 2020 marked the birthday of the music Maestro, Kojo Antwi. Nonetheless, nothing much took place as he told the public that he does not value birthdays. According to him, every day is a special day for him to give thanks to the Almighty God for his life and not just on his birthday.
All this was revealed by Kojo Antwi on Tuesday 24th in an interview with Onua FM’s Yen Sempa during a prank call to wish him a happy birthday. “I don’t know today is my birthday”. He said jokingly. “I see the blessings of God as every new day. When you wake up and see the glory of God and the beauty of the universe, you need to make a special day out of it,” Kojo Antwi urged.

He added, “we shall by all mean account for it so we have to give thanks to God because it’s not everybody that got it that way”. “I try to make the best out of everyday life.”

During his interview, Kojo also talked about the release of his new album. “I have an album coming out soon”. We are doping the videos and in the shortest time, I will release one as a gift. I wanted to release one song but I am trying to release an album. I and my team are working on it”.
The Veteran musician also went ahead and talked about his ‘Annual 24th December Kojo Antwi Experience’ where he renders most of his songs to his fans. Unlike other years, where people gather in an auditorium, this year the even will takes place virtually and it is titled “Do Re Me”
“We are confronted with certain challenges. We are confronted with an election. We are confronted with covid-19 and that is why we have not come out,” he explained.