Are Your Parents Proud of You? Ezekiel Mutua Questions Gengetone Artists 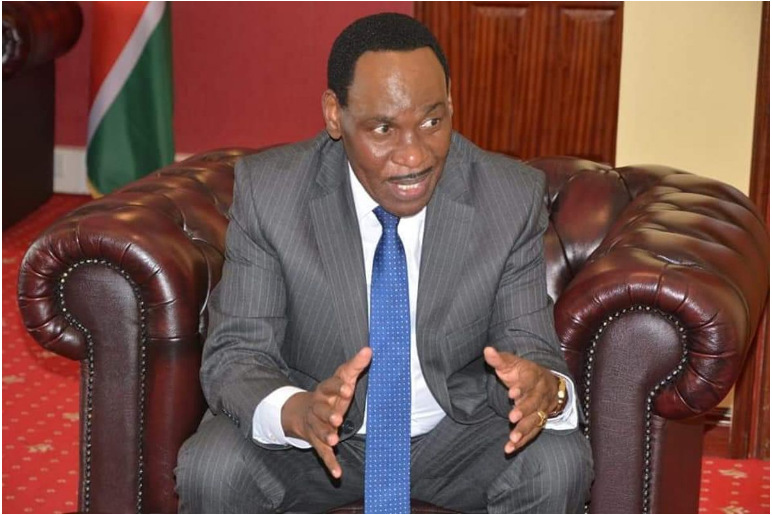 The Kenya Film and Classification Board CEO Ezekiel Mutua is back again with another rant for Gengetone artists.

Dr. Mutua took to Twitter to question if Gengetone artists have parents and if they are proud of their children's' actions.

He complained about their dirty lyrics, which will guide the direction of this article today. The Kenyan music industry seems to be growing again after the play ke campaign which sought to encourage Kenyan media to play Kenyan music.

This opportunity has given rise to different artists, who have risen from different genres ranging from Swahili RnB, Rhumba, and even Dancehall. Surprisingly all the other genres of music seem to be enjoyed by Kenyans of all life with less criticism except for ‘Gengetone' genre.

'Gengetone' is raunchy music done by young stars. Most of the audience are teenagers who are still in their adolescence phase, hence are excited about the dirty lyrics and dance moves. The growth of social media sites like Tiktok which has fewer restrictions on them has provided a platform for young people to not only enjoy the music, but also promote it endlessly.

Social media sites have completely normalized this music for our young people, hence the tension between them and older people. On the other hand, the older generation seems to lean more on African morals and religion.

The disconnect between the variousage groups can be felt in the comments, which take over on social media when one Gengetone song goes viral.

Leaders like Dr. Ezekiel Mutua, have been staunch in expressing their dislike of the genre and how it promotes indecency. Posting on his Twitter accounton Wednesday, Mutua posed a question for the parents of the Gengetone stars. "Those kids who do Kidungi and Mbogi Genje or whatever, whose kids are these? Are their parents proud of them? Those kids who sing dirty things or post their n...des on social media, whose kids are they? Don't they have parents?'' he posted.

This is not the first time the genre has been questioned by Mutua and echoed by many parents and guardians at home. He has in the past banned a number of songs produced by Ethic and other Gengetone artists.