I’m Grateful to Ghanaians for the Support - Kojo Antwi 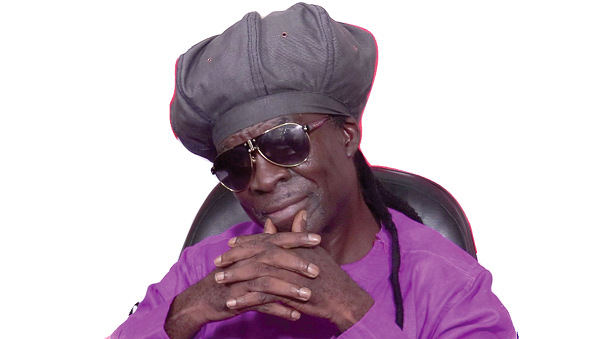 Legendary Ghannaian highlife musician, Kojo Antwi, has expressed gratitude to Ghanaians for the support he has received over the years as a musician.

Known as the Music Maestro, Kojo Antwi said in an exclusive interview on Frontline, a programme on Rainbow Radio 87.5 FM, that the love and support he has received from Ghanaians over the years has been enormous.

He said his success is attributed to Ghanaians and the love they showed him over the years.

After leaving school, Kojo Antwi started his music career immediately by playing with the band Boomtalents. Later, he became the front-man of Classique Vibes, formerly known as Classique Handles.

He later went solo. His first solo album, All I Need is You, which was released in 1986, became a chartbuster in Ghana.

He has won several prestigious national and international awards.

The majority of his songs have focused on educating and entertaining his fans, especially the youth and adults on issues of marriage and love.

Kojo Antwi is a Ghanaian Afro-pop, highlife, and reggae musical artist. Born Julius Kojo Antwi into a family with 13 siblings, he grew up in the Darkuman suburb of Accra. He has 22 albums to his credit, with “Tom & Jerry” being one of his successful singles in Ghana and Africa at large.

Kojo plays Reggae with lots of African influences in the Lovers Rock style and Roots Reggae alongside authentic African songs. He sings in both English and vernacular.