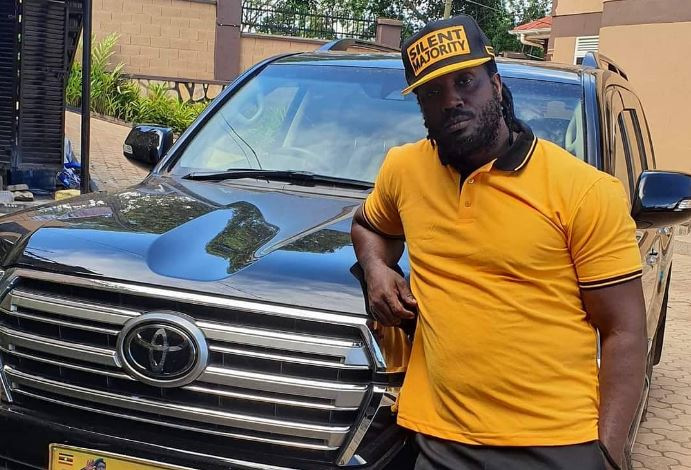 Over the past three days, Uganda has been the subject of discussion online after videos emerged showing police using excessive force to disperse protesters who were demanding the immediate release of politician Bobi Wine.

The excessive use of force by the police left several innocent civilians dead with many others sustaining injuries.

While most Ugandans condemned the police for the brutality, veteran musician Bebe Cool appeared to side with the manner in which the law enforcers handled the protesters.

In a post on his social media handles, Bebe Cool referred to the protesters as ‘hooligans’.

His post did not augur well with a section of netizens who called him out for supporting police brutality.

The backlash forced him to delete the post and issue an apology to his fans and the affected families.

"I would like to apologize for the post I made yesterday that made me appear insensitive towards the families of the innocent Ugandans that lost their lives in the riots that took place yesterday,” his statement read in part. 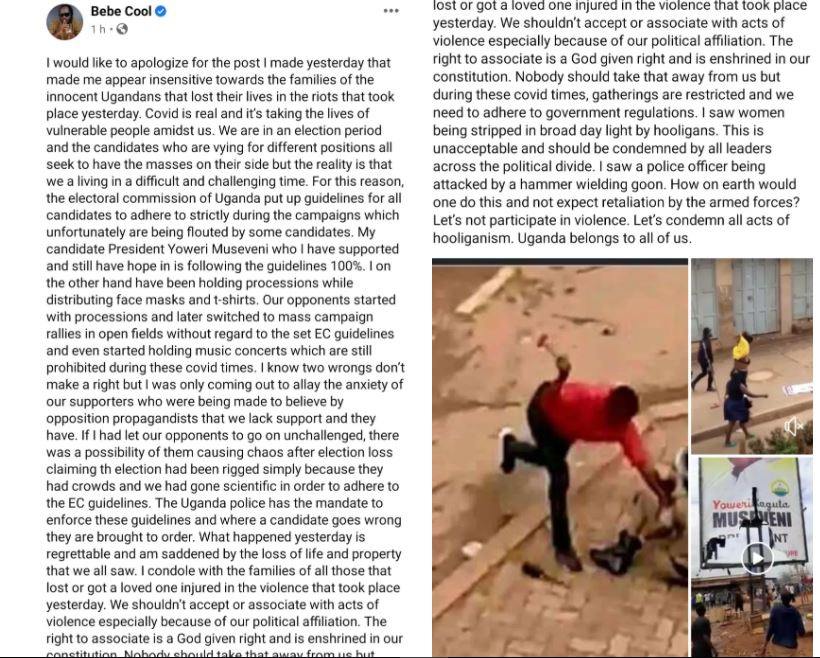 Bebe Cool also urged politicians vying for the different political positions to adhere to the campaign guidelines put in place by the electoral commission to avaaoid spread of Covid-19.