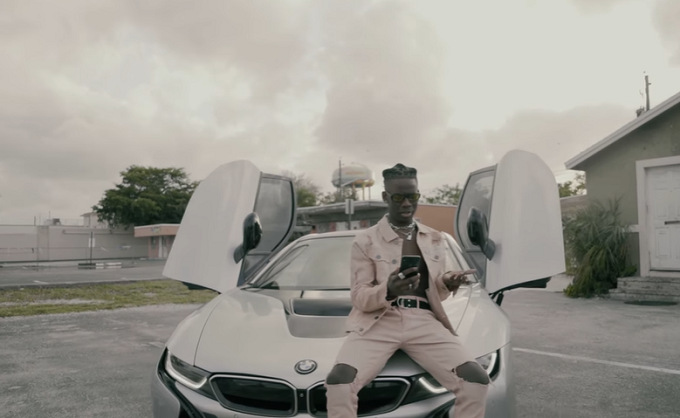 Photo: A scene on Rema's 'Beamer' video which is among the Triller Top 10 Global Chart. Source: Twitter/Rhythm FM

Nigerian songs have dominated the latest list of music videos on Triller Top 10 Global Chart in 2020.

The chart compiles a list music videos that have had the most trillers from January to November 17, 2020.

Triller is primarily a music video app that lets creators choose a song snippet and record a video to it. 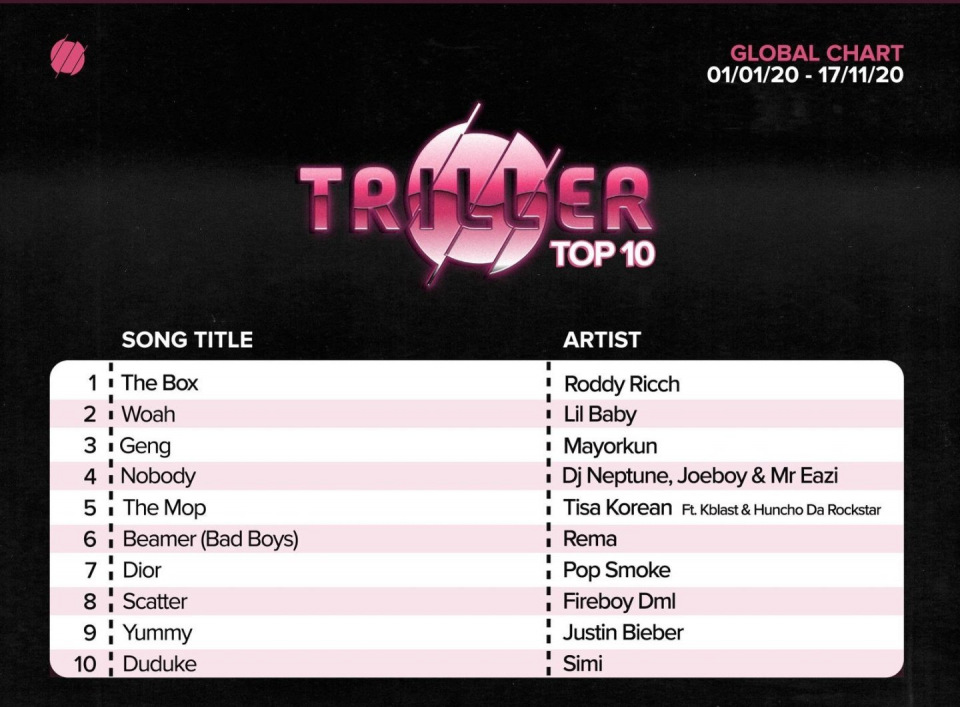 Of the top 10 songs on the Global Chart, five are from Nigerian artists. We take a look at the 5.

Ranking at #10 is a music video of Simi's hit single 'Duduke' that dropped in April.

Simi used this video to reveal that she was pregnant with her first born, Adejare, whom she gave birth on May 30, 2020.

This is a song in which Rema teamed up with Rvssian and has been among the Marvin Records star's hits this year.

The 'Beamer' video which is placed at #6 on the chart has over 12 million views on YouTube.

'Nobody' has been a global hit and was nominated for the Collaboration of the Yearat the 2020 AFRIMMA awards, a category that was won by 'Jerusalema Remix' in which Master KG featured Nomcebo Zikode and Burna Boy

This masterpiece from the DMW signed afropop star Mayorkun is the highly ranked song from Naija on the chart taking up the #3 spot.

The 'Geng' music video directed by Dammy Twitch premiered on YouTube in March 2020.