Harmonize Hits Out at Tanzanian DJs for Sidelining Local Music 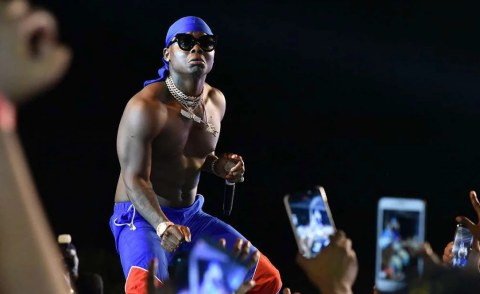 Harmonize has hit out at Tanzanian DJs for not promoting local music opting for the West African sound.

He noted that other countries like South Africa only promote their music, and DJs should focus on local music before taking on Africa.

Harmonize also called out producers and musicians for not releasing club music.

"I like it the way Tanzanian DJs don't play Tanzania music a lot in the club. Tunataja sana viuongo vya pilau kwenye ngoma zetu . This is not nice. I’m super proud about it. We have to change. Tunwaapa shida waache kucheza mazerati , no stress, woman, mapiano sound. Ukiuliza uzalendo we are not promoting we are killing the beautiful Swahili language with bad sound we are using," he said.

"I believe Tanzanian producers are 100% talented it’s about the artist kufanya uamuzi and create another way of changing this music, we have really royal fans," he added.

The debate on Nigerian music dominating Tanzania has been ongoing for a while. According to DJs, musicians don't release club worth music.