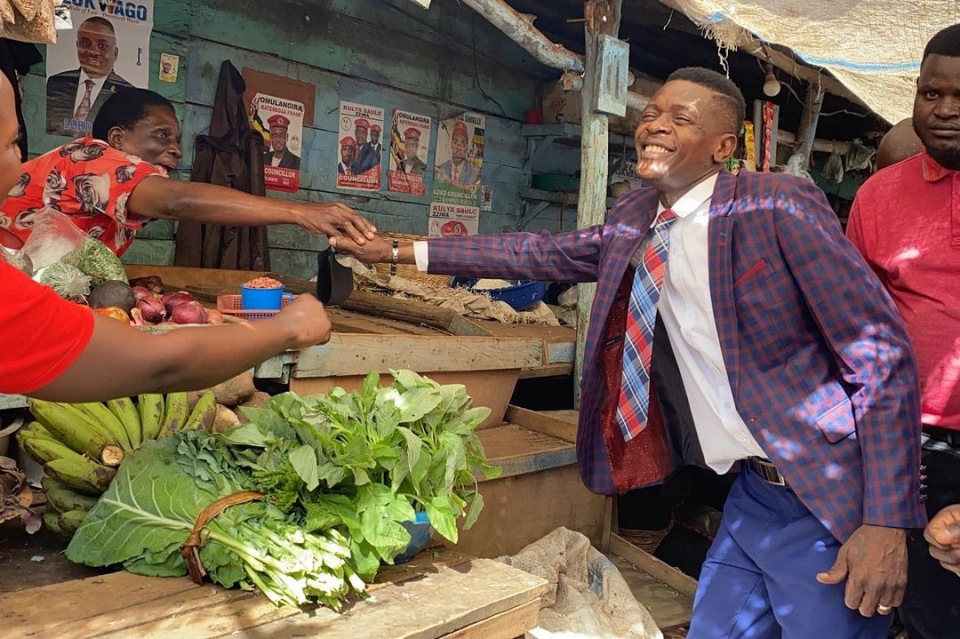 Veteran Ugandan musician Joseph Mayanja alias Jose Chameleone on Wednesday launched his manifesto at Kawempe; a Kampala surburb where he grew up.

His fans turned up in huge numbers to witness their idol lay down what he plans to do if elected the new Kampala Lord Mayor come the 2021 general elections.

He was in the company of his brother Pallaso who also called upon the public to vote for Chameleone since he believes he is young and fit enough to rule.

When Pallaso took to stage, he wowed fans with his hit single 'Malamu' that has become a public anthem.

Bebe Cool's son Allan Hendrik also tagged a long rallying people to vote for Chameleone who he referred to as his dad.

Chameleone’s mum also addressed the gathering, calling on residents of the city to elect his son.

When his time came, Chameleone laid down his manifesto promising to do better than his rival the incumbent.

He also thanked the National Unity Platform (NUP) President Bobi Wine for inspiring him to join politics, also calling upon the public to vote for him and refute rumors that he would go back to the party in power.

He also entertained his fans by singing a number of his songs like Baliwa, Mama Mia among others.