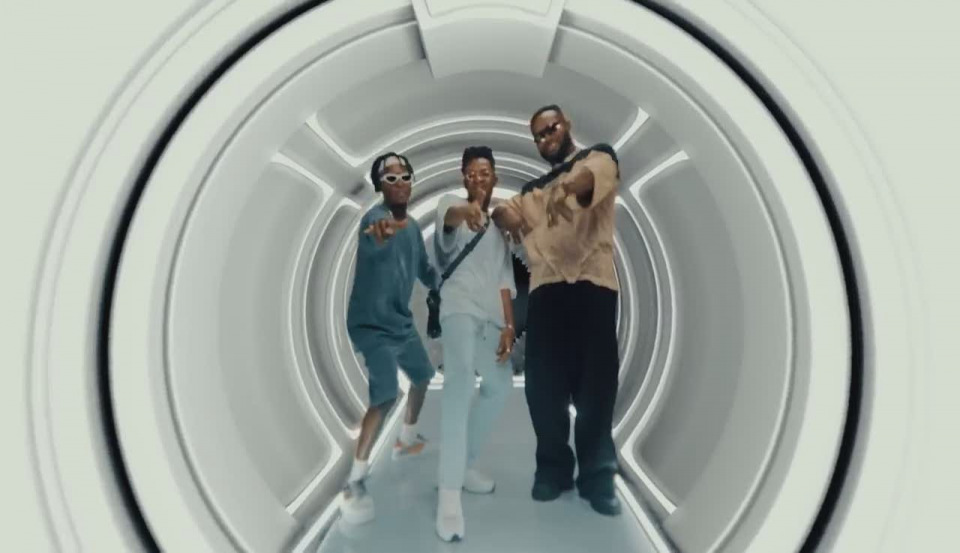 International Nigerian disk jockey, DJ Neptune has released an official music video for the recent remake of his global hit 'Nobody'.

DJ Neptune had a few weeks ago released a variety of remixes to the hit single among them a collaboration with Big Brother Naija Season Five winner Laycon and emPawa star Joeboy.

The collaboration titled 'Nobody (Icons Remix) has been doing well and it now has an official music video.

Directed by Dindu, the video was shot in Lagos Nigeria.

In the 'Nobody (Icons Remix), it maintains the chorus for the original song delivered by DJ Neptune while Laycon has two verses and Joeboy one verse

The original 'Nobody' song featuring Mr Eazi and Joeboy is off DJ Neptune's project dubbed 'The Greatness II (Sounds of Neptune) that was released earlier this year.

Its music video has over 22 million views on YouTube within 8 months of release.