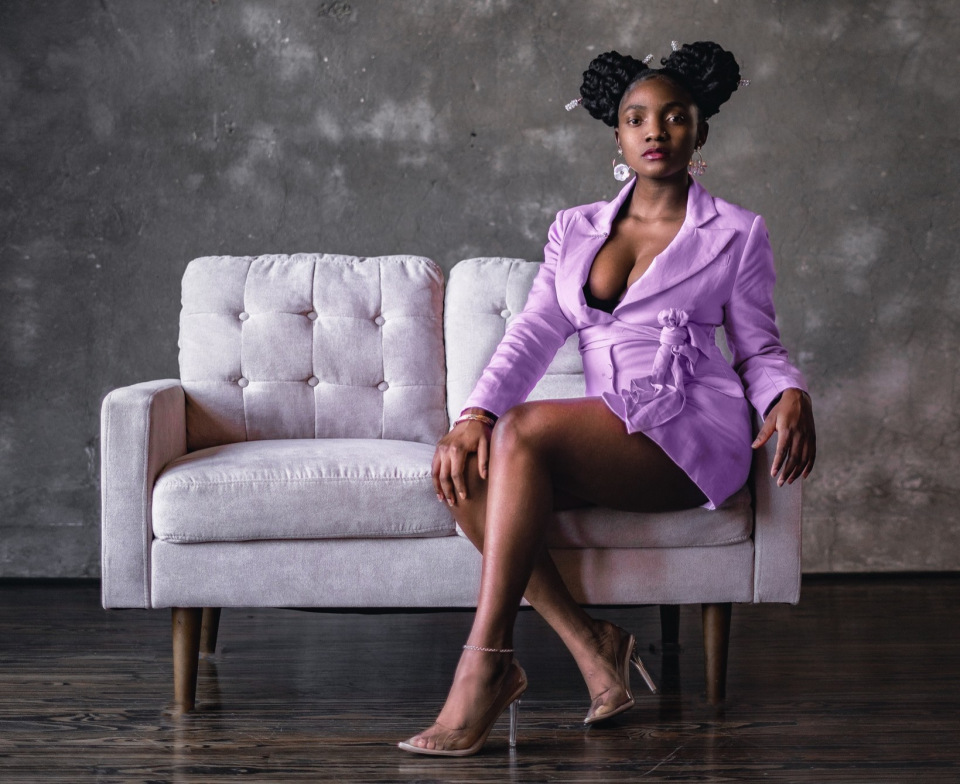 For a couple of weeks now, Simi has had two songs on the chart and this week, she adds another one to make it three. 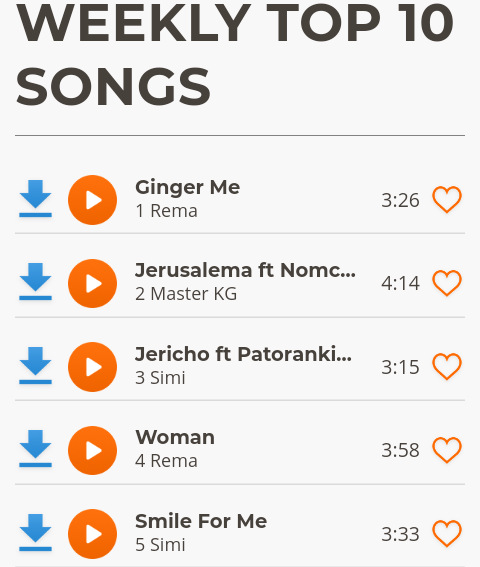 Her hit single with Patoranking titled 'Jericho' continues to maintain a spot on the chart, placing at #3 this week with another hit 'Smile For Me' ranking at #5.

Simi's new entry into the Weekly Top 10 songs on Mdundo Nigeria is her 2020 hit single 'Duduke' which is placed at #7.

Marvin Records golden boy Rema maintains top spot on the chart with his hit single 'Ginger Me' while 'Woman' whose colorful visuals were released last week places at #4.

YBNL boss Olamide has also made an entry into the chart this week with the single 'Greenlight' off the 'Carpe Diem' album at #6.

Joeboy's 'Don't Call Me Back' featuring DMW singer Mayorkun maintains a slot on the chart at #8. 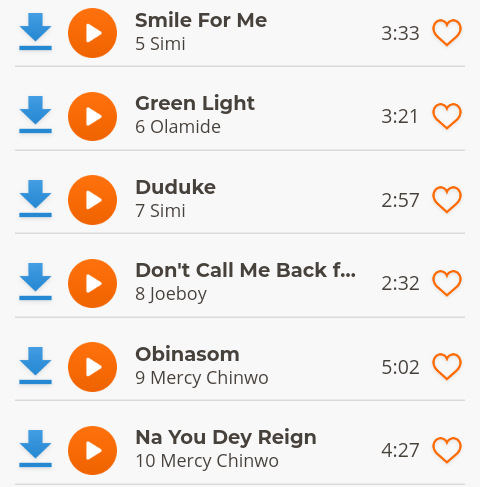 Closing the list of Weekly Top 10 Songs on Mdundo Nigeria this week are two songs from gospel singer Mercy Chinwo with her songs 'Obinasom' and 'Na You Dey Reign' ranking at #9 and #10 respectively.