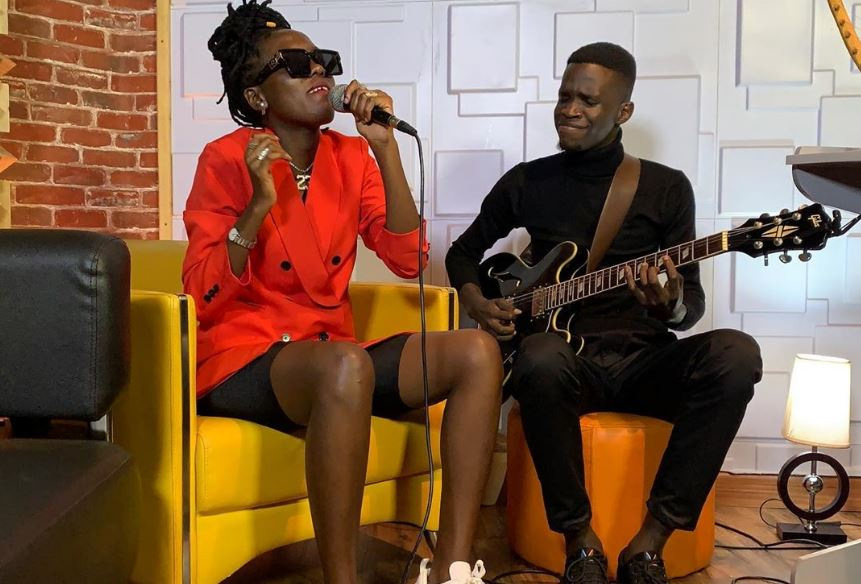 Ugandan singer and songwriter Azawi has excited her fans with an announcement regarding her new upcoming album.

During the lock down, Azawi was busy in studio and she managed to record a number of songs that is has put together and will soon be released in form of an album.

"Just like every day... it’s a fine and special day, so smile. Album on the way," Azawi posted.

Azwi did not share more details on the album, leaving her fans speculating the release date and possible title.

The album is set to be released under her Swangz Avenue management.

Azawi joined Swangz Avenue after writing her hit single 'Quinamino' with an aim of selling it to the label. When she took the demos, Benon Mugumbya; a director at Swangz was pleased with her unique talent and asked her to own songs under the label.

She signed for Swangz and was unveiled on 31st October 2019. In January 2020, she dropped her hit single 'Quinamino' that officially introduced her to the music industry.

At a past interview, the 'Quinamino' star revealed that she writes all her songs. She has songs like Lo Fit, Crazy Love, Mbinyumirwa, Repeat It, Quinamino with only two videos out. All the songs were produced by Kusseim of Fresh Records.