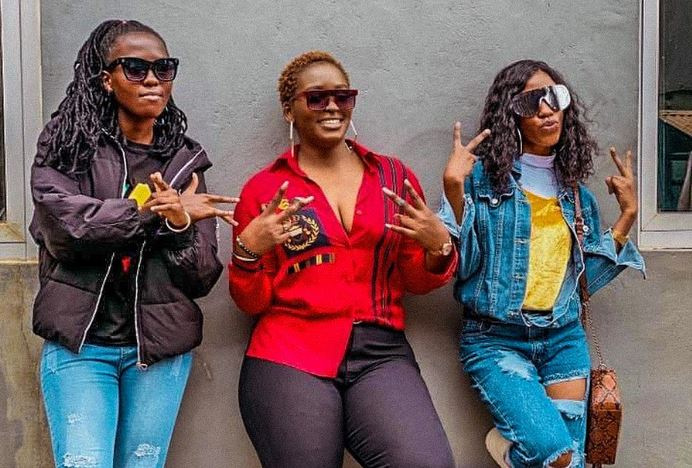 Since making its debut in the Ugandan music industry, Swangz Avenue has set itself apart as the trendsetter in matters music production.

The label’s artists have set the bar so high for their rivals and in the process made Swangz Avenue one of the best record labels in the country at the moment.

Boasting of renowned artistes like Vinka and Winnie Nwagi, Swangz Avenue on 31st October 2019 signed talented singer Azawi, and she has been nothing but amazing.

She is currently trending with her E.P titled 'Lo Fit'. Speaking during an interview with NBS TV, the 'Quinamino' hit maker opened up on a possible collabo bringing together the tree of them.

"We shall release a song for our fans if the right time comes. Our fans should just watch the space," Azawi on.

2019 was a great year for Vinka as she managed to release 12 videos, one for every month of the year. She later released an album then slowed down. She bounced back in July with a new single dubbed 'Love Panic'.

On her part, sultry singer Winnie Nwagi has been trending with her hit single, 'Everything' giving us reggae vibes. She is teamed up with Freeboy Adams on Kwata Esimu that is one of the biggest songs in Uganda this year.