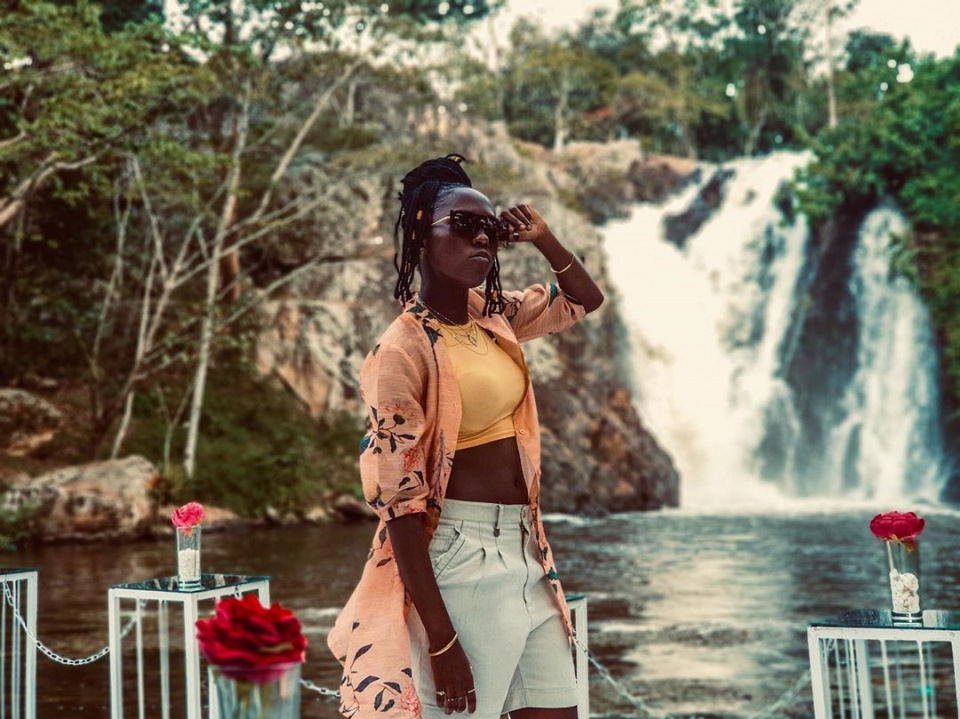 How Old and Where is Azawi from?

Net worth: Unknown as she is a relatively young artiste

How did Azawi join music?

Azawi, 24, expressed interest in music at a very tender age when she watched the famous Ndere Dance Troupe at their home in Ntinda. In 2005, she joined Kika group as a dancer. Shortly after quitting the dance group, Azawi officially kicked off her music career in her high school and with the support of a brother and friend, she developed her singing and songwriting career. During her university days at Makerere, Azawi was part timing at her mother's restaurant as a waitress and at the same time singing in a band alongside Ragga Dee, Kent and Flosso.

She has since written a number of songs for popular artistes like Eddy Kenzo, Vinka, Lydia Jazmine, Nina Roz and many others. Speaking during a past interview, Azawi revealed that she has the ability to write up to 3 songs a day.

How did Azawi join to Swangz Avenue?

Azawi in an interview narrated that she wrote her hit single 'Quinamino' and decided to sell it to Swangz Avenue. When she took the demos plus two other songs, Benon Mugumbya, one of the directors at Swangz Avenue was pleased with her unique talent and asked her to join the label. She signed for Swangz and was unveiled on 31st October 2019. In January 2020, she dropped her hit single 'Quinamino' that officially introduced her to the music industry. On 28th February 2020, Azawi dropped her much anticipated five track E.P dubbed ‘LO FIT’ that is doing great on digital platforms.

How many songs does Azawi have?

Azawi is relatively new and has so far released five songs namely:

Azawi has been in the industry for almost one year now. Since she is relatively new, she is yet to receive any award or nomination.

The youthful artiste has managed to lock the media from her personal life. It is not clear if she is currently dating.

Is Azawi a Ugandan? Yes she is.

Who produced Azawi’s Quinamino hit? The song was produced by Kusseim of Fresh Records