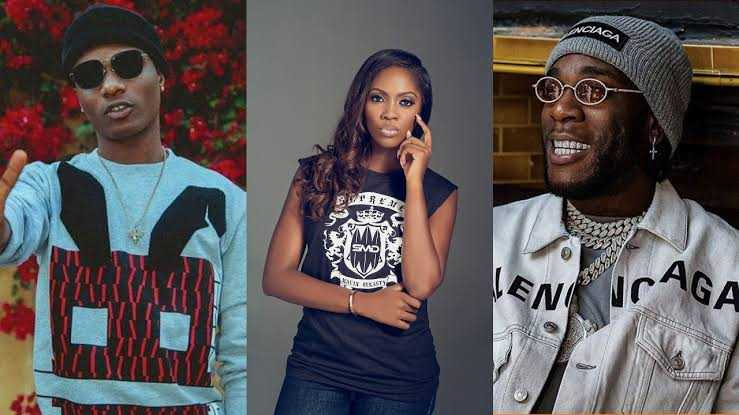 As we near the end of 2020, with consideration that there are several top Nigerian artists expected to release their projects before the year comes to a close, we take you through some of the most-streamed albums and EPs in Nigeria so far.

The streams are as per those monitored on the digital music platform, Spotify - shared by Charts Africa.

Top on the list is Burna Boy's fifth studio album 'Twice As Tall'. The 15-track project has been streamed over 55 million times on the platform so far.

At number two is 'Celia' from Tiwa Savage which has 13.2 million streams while Wikzid's recent album 'Made In Lagos' has already been streamed 10.1 million times on Spotify enabling it to be ranked at number 3.

Fourth on the list is 'Warriors' an album that 2Baba released earlier this year. It has 8.7 million streams. 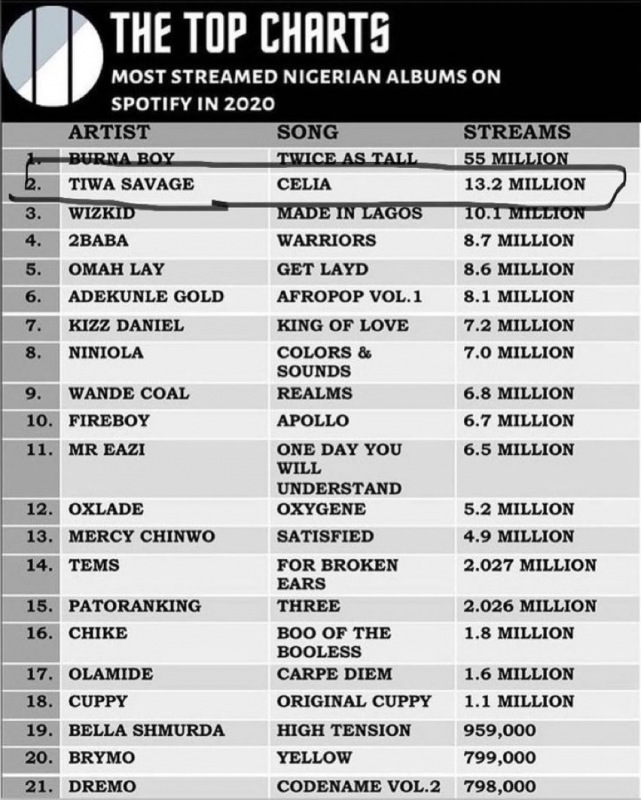 Omah Lay completes the list of top 5 Nigerian artists whose projects are the most-streamed this year, so far, with his debut EP 'Get Layd' having been streamed 8.6 million times.

Here is the full list of the 20 most-streamed projects in Nigeria on Spotify this year: