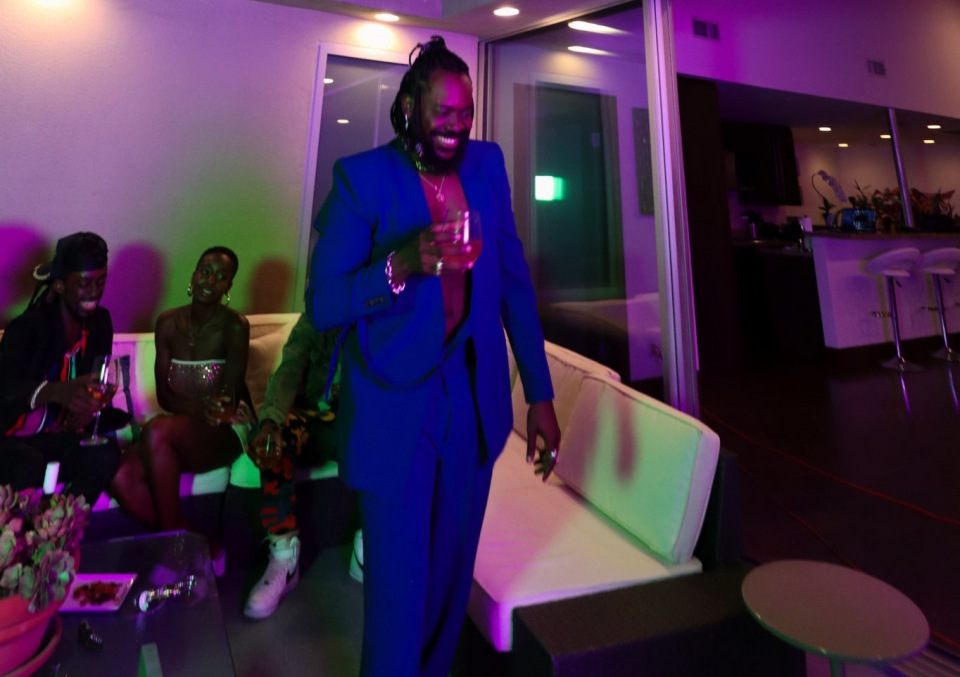 Nigerian Highlife sensation Adekunle Gold comes through with another music video for the buzzing song 'Okay'.

'Okay' is taken off the August-released project 'Afropop Volume 1' that has been performing well.

As it has been with many of his music videos this year, Adekunle Gold keeps the 'Okay' visuals simple but catchy and worth your time.

The new video is directed by 10FMYGUYS and Adekunle Gold uses it to upset his haters.

In 'Okay', Adekunle Gold maintains that he accepts his personality and does not want to get into trouble with anyone: as all he wants and has ever wanted is to enjoy life.

The song has a great sound that has elements of violins, afropop, rock and rythm guitars: watching its video makes it even better

It is the third video that Adekunle Gold has released from the 10-track album which he released on August 21.

Previous videos are for 'Something Different' and 'AG Baby' that features Trinidadian singer Nailah Blackman.

Both videos have performed well with 'Something Different' having over 7 million views on YouTube while 'AG Baby' has been watched over 1.2 million times on the same platform.

While introducing the project, Adekunle Gold said "Afro Pop Vol. 1 is a diverse take on pop music. It encompasses all genres, heavily influenced by my afro roots".