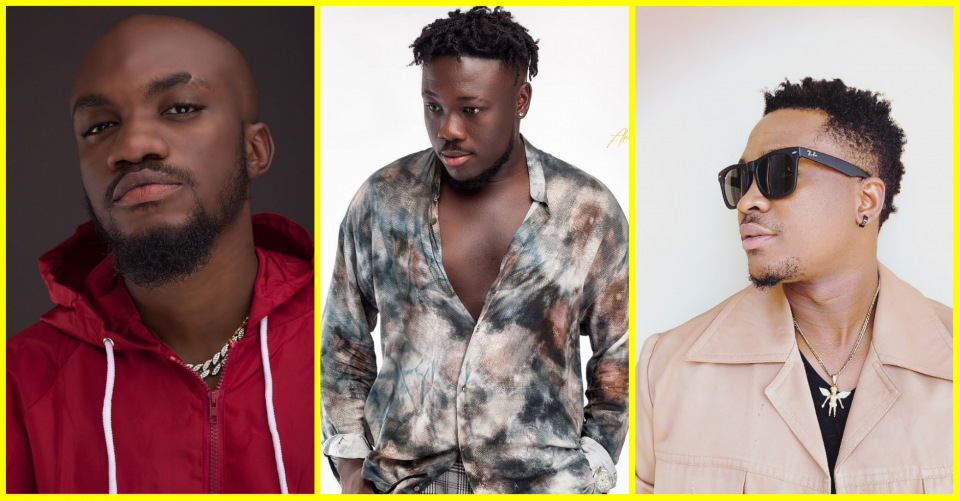 Ghanaian artistes Mr.Drew and Krymi have been accused of stealing the monster hit, ‘Dw3’ by the tall list of artistes also joined by the Ghanaian dancehall artiste by name Rasteo.
Rasteo claims to have recorded the song way back in 2018 and shared it on different platforms before Mr. Drew and Krymi released the same song in 2019.
“I recorded the song and shot the video for the song way back in 2018. I would not argue about it for long because I have the proof and any discerning mind will agree with me after seeing the proof”.
Rasteo came clear with these allegations in an interview with Happy 98.9 FM’s Doctar Cann on the ‘Showbiz Xtra’ entertainment show. In the same interview he was asked why he never sued the duo and he stated “Comparing Mr. Drew and Krymi to me, you’ll notice that they have the resources as opposed to me. I don’t have the money for a law suit and I just leave everything into the hands of the Lord”.
Kurl Songx, the former signee of Highly Spiritual also came out to claim the song was stolen from him after the release of ‘Dw3 by Mr.Drew and Krymi.