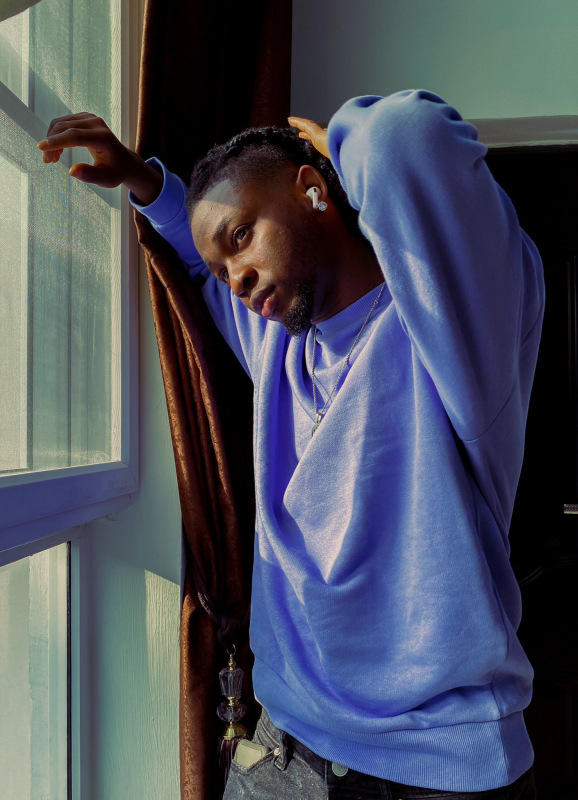 For a couple of weeks now, things have slowed down a bit when it comes the Nigerian music industry.

The situation was occasioned by the widespread #EndSARS protests that saw youths demand for reforms in the police force.

With things slowly coming back to normal, it looks like artists who were heavily involved in the protests are also adjusting back to factory settings - making new songs. 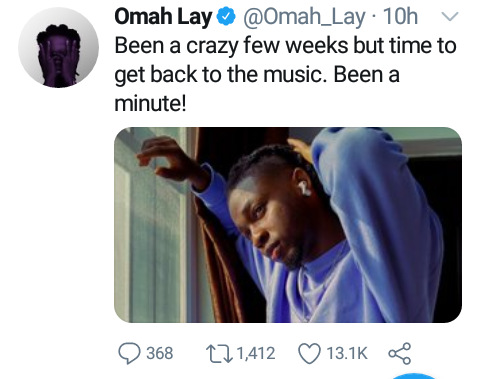 One such artist is fast-rising star Omah Lay.

In a tweet, the singer, songwriter and record producer has hinted that a new song might be on its way.

"Been a crazy few weeks but time to get back to the music. Been a minute!" Omah Lay tweeted on November 2.

Omah Lay has build a huge fan-base in just a few months and many are looking forward to his new project.

Born Stanley Omah Didia, Omah Lay has quickly rose to fame this year after his debut single 'You' went viral.

The singer who is signed to KeyQaad records also has several other hit songs housed in his top performing debut EP 'Get Layd' that currently ranks as the most-streamed EP released by a Nigerian artist this year.

'Bad Influence' contained in the EP is still a trending song and currently ranks at number 8 on the Mdundo Nigeria Weekly Top 10 Songs chart.