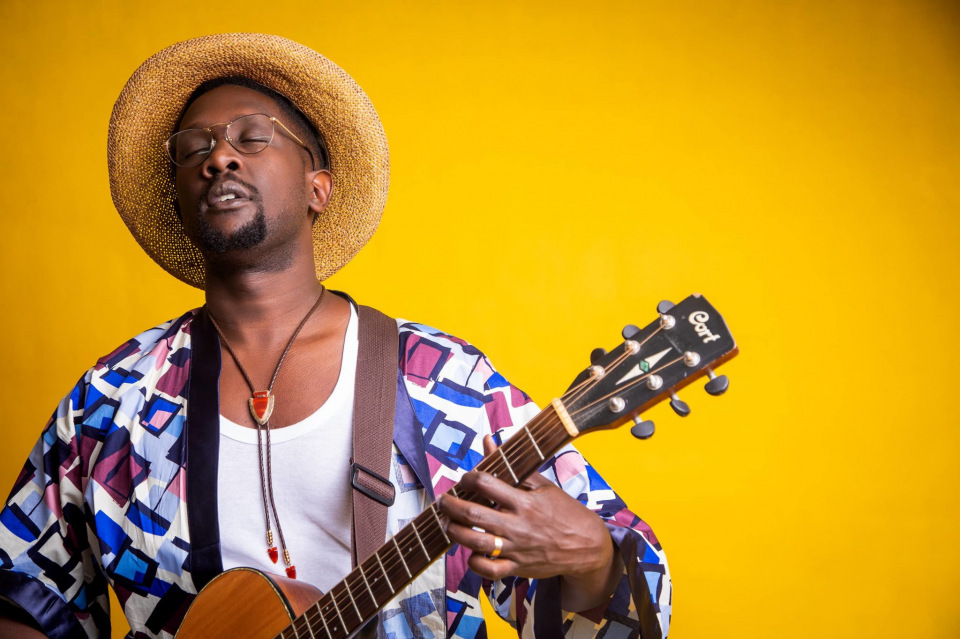 ‘Live at Kwetu’ is a showcase of the vibrant side of the artist regarded as one of the most exciting live acts out of Nairobi. While it’s hard to capture the essence of a live music performance in a recorded medium, the six-track EP released across all digital platforms today October 23, 2020; will leave Tetu’s fans longing for the comeback of live shows by the artist.

On this EP, Tetu performs some of his past releases live, beautifully delivering yet another gem for his fans. ‘Saidia Mimi’ will have the same impact on anyone who has listened to the song released early this year. He captures the emotion beautifully evoking emotions to anyone who has been through tough times. The song is based on an experience by Tetu himself.

During the original release of the song Tetu said: “Two years ago, after I played Koroga Festival, I wasn't able to make rent. As a result, my water was cut off for 10 days without prior notice. The only water left was the water in the toilet cistern and that's what me, my wife and son used. That’s when I wrote Saidia Mimi”.

Other songs on the EP include Cherie Coco, Prodigy, Pump It, Many Men and Legend.

The live recordings of the EP took place at Kwetu Space. While the space has found a new home in Kakamega, Tetu’s EP will serve as a reminder for the artist and many fans of once a vibrant space that provided for intimate listening sessions.

Live at Kwetu is a quick follow up to Tetu’s debut EP Just Because We Fight Doesn’t Mean We’re Broken released to much acclaim in July this year. With Live at Kwetu, Tetu hopes his fans can still enjoy this other side of him and that when the music performances fully resume, they can connect for magical experiences across the different platforms within Nairobi and beyond.

A talented artist, Tetu is one of the artists ready to take risks as well as push boundaries with his work. His sound cannot be contained in one genre and is always looking at providing meaningful experiences for his fans especially when it comes to his live performances.